I’ve often said that I never read comics growing up. It still surprises me just how many comic book super heroes there are that I have never heard of. If they weren’t on Saturday morning cartoons back in the day, I probably don’t know them. One of the characters that I’m unfamiliar with is Hawkgirl. 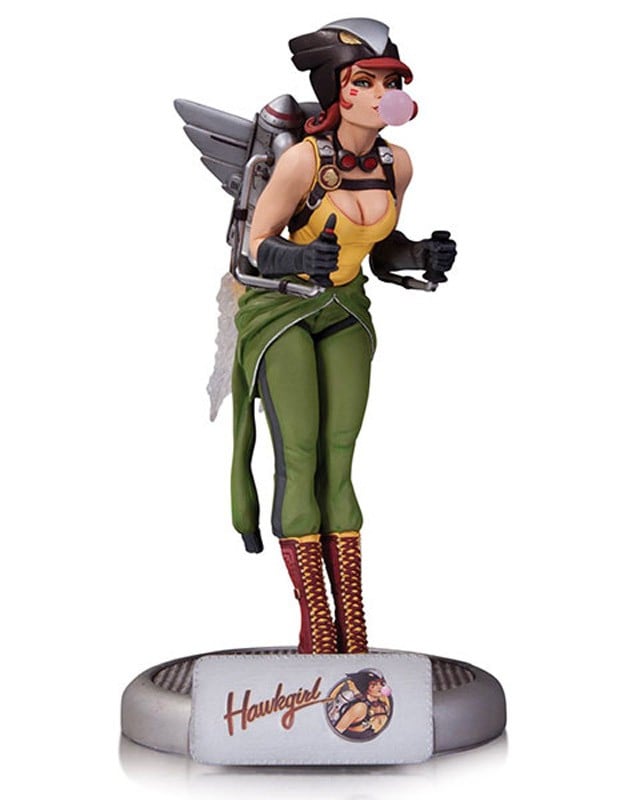 What I can say about her is that she has a jetpack and some really nice, uhm… bubbles. If you do know Hawkgirl you can get your own DC Comics Bombshells: Hawkgirl Statue at ThinkGeek. The statue is in the style of a 1940s pinup and is over 10-inches tall.

The statue was designed by Ant Lucia and sculpted by Tim Muller. The work of art is a limited edition of only 5,200 pieces globally and is officially licensed. You can get your own for $124.99(USD).