Big time professional LEGO builder Nathan Sawaya built the LEGO Oscar trophies that were given away to a handful of celebrities at the 2015 Academy Awards. Nathan believes that sharing is awesome, so he submitted his creation as a LEGO set on LEGO Ideas. 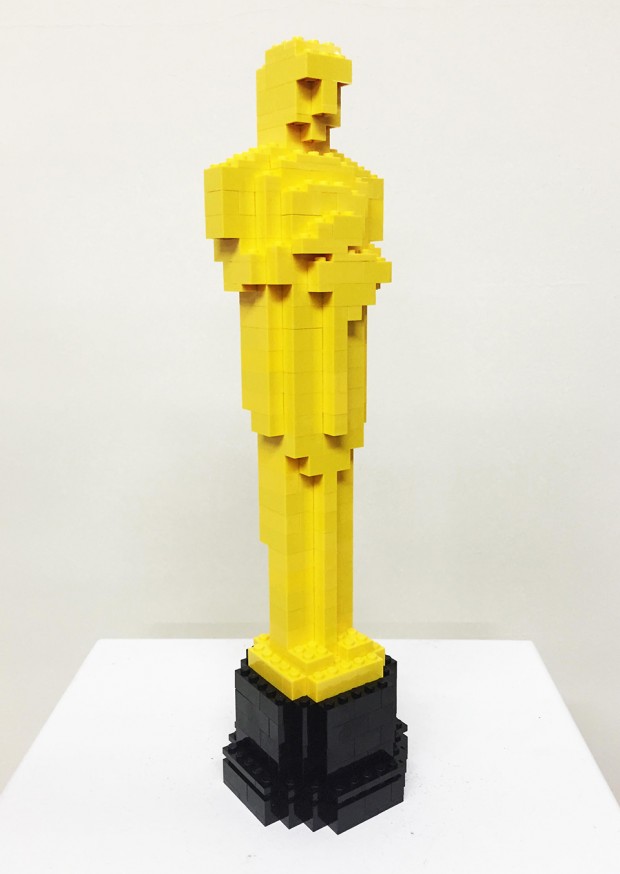 The statue is made of 500 bricks. Eagle-eyed LEGO enthusiasts can try and deduce how the statue is built in Nathan’s short time lapse video:

Will LEGO reward Nathan’s award with its approval? Not without your help, so vote for the statue now.