Jeff Bezos and Amazon want in the worst way possible to get goods into your hands faster. Let’s face it, one of the only reasons many of us don’t buy everything from Amazon already is because either we can’t wait for delivery or we just don’t like to wait.

This has led to Amazon outlining a plan to use drones to fly goods to customers in 30 minutes or less. While the FAA may not let that drone plan work, Amazon has another strange way it wants to use to get stuff into your hands faster. 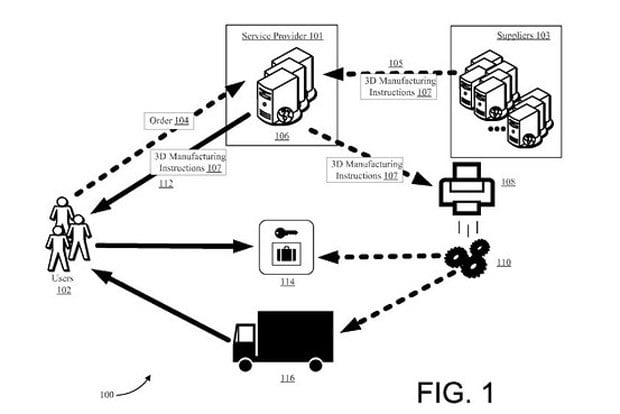 A few patent applications have surfaced that indicate a plan Amazon has to fit delivery vehicles with 3D printers. The vehicles would be able to print certain items out as they drive to your home. The cool part about this idea is not only would it make it faster for you to get your items, but Amazon also wouldn’t need to have a stockpile of whatnots sitting in a warehouse somewhere because they would be printed when needed, thus reducing inventory costs.

Now they just need to come up with a faster 3D printer.