Tesla is best known for its slick Model S electric car. Inside, the car is festooned with technology including a wireless connection that links its systems to Tesla and allows the company to upload software updates automatically.

About a year ago, Tesla pushed out a software update for the car that carried version number 5.9. Inside that update was an Easter egg that sat undiscovered for about a year. Someone finally found that Easter egg and it’s pretty great. The Easter egg is a hidden image of the Lotus submarine that James Bond drove in The Spy Who Loved Me. 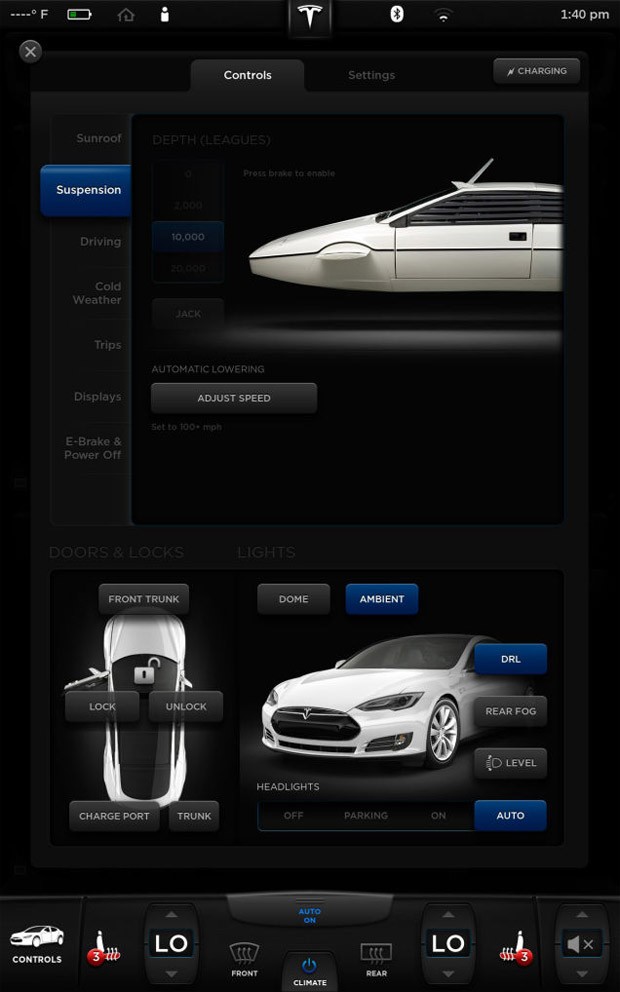 What does that Lotus have to do with Tesla you ask? Well, Tesla CES Elon Musk bought the Lotus sub at auction several years ago. One thing Tesla won’t come clean on is how you access the Easter egg. If you own a Model S and figure this out be sure and let us know.