Now that Android is in everything from smartphones to cars, its users can enjoy their games and other apps in more places than ever before. But if Mad Catz is to be believed, you’ll only need one controller for all of your Android devices. It’s called the S.U.R.F.R. That’s right. Mad Catz just multiplied F with itself R times. So it’s either Sur or Surffff…f?

The Surfr – bite me, Mad Catz – is a Bluetooth 2.1 keyboard with two analog sticks, a d-pad, four face buttons and shoulder buttons. I don’t know if it has four or just two shoulder buttons though. It also has extendable rubber handles on either side.

The left stick can be used to control a mouse cursor if your app or device has one, while the face buttons double as media playback controls. 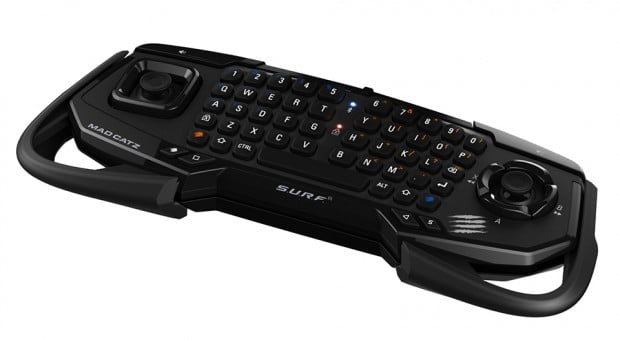 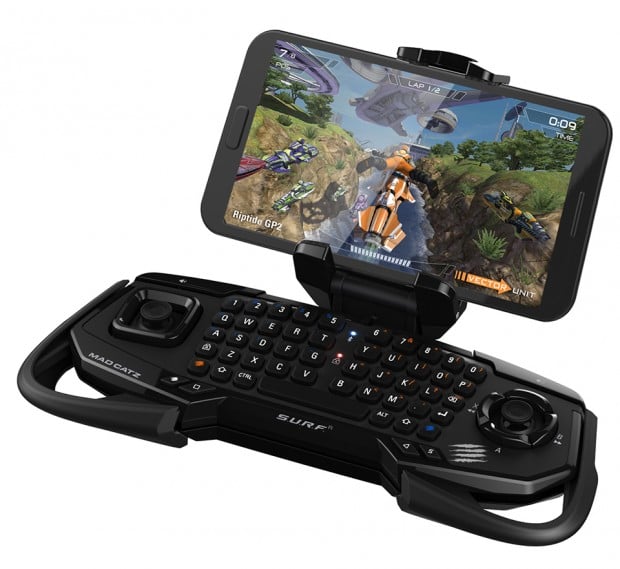 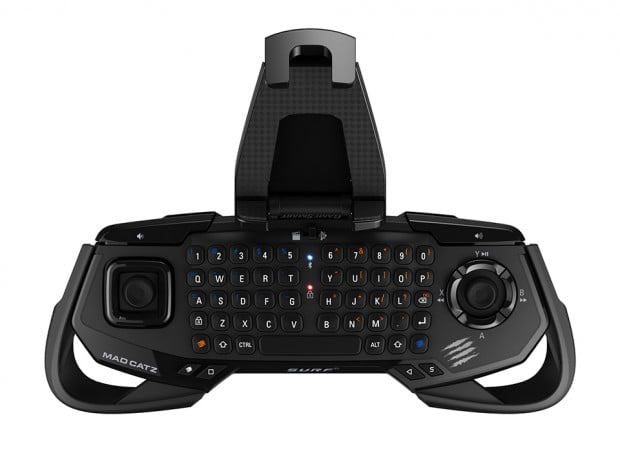 The Surfr will also come with a removable and adjustable smartphone clip. That seems considerate until you find out that the Surfr costs $80 (USD). You can pre-order it now on Mad Catz’ online shop. Let’s hope it turns out to be the best of both worlds and not two halves half-baked.