I spent less than a minute on Terry Cavanagh’s Super Hexagon before acknowledging defeat. Now I can take my revenge, albeit vicariously. Georgia Tech ECE postgrad student Valentin Trimaille made a program that can beat the upbeat torture game on all of its difficulty levels. 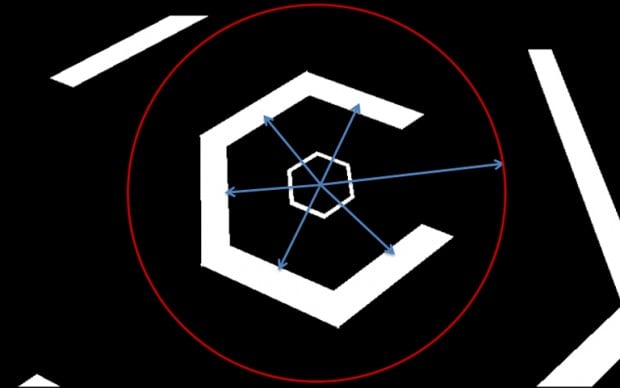 Valentin’s grabs video from Super Hexagon‘s screen and then uses OpenCV to determine the location of the walls and the player’s ship on a frame-by-frame basis. Then it analyzes the frame to see if there’s enough space to pass through, and finally simulates button presses to actually move the ship. Here’s the bot owning the game on the hardest difficulty:

Yeah! Suck it walls! Now you know how it feels to be beaten by pieces of code.

[via Valentin Trimaille via Waxy]