Upgrade Complete is a Flash game series where you have to improve the game itself in order to progress. Piper is the hardware equivalent of that. It’s a specialized Minecraft gaming console meant for kids, who will need to put it together before and while they play. 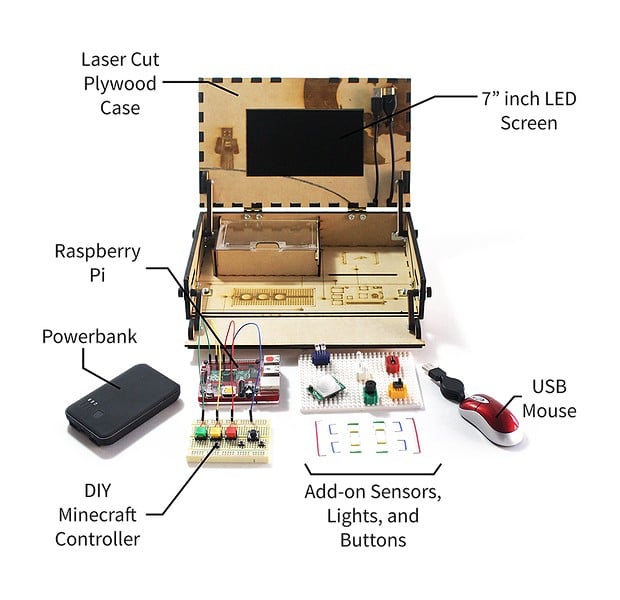 Piper is powered by a Raspberry Pi 2, which is preloaded with a special version of Minecraft. In the game, you’ll help a robot trying to rescue astronauts from an alien planet. But before you can play, you have to assemble Piper’s box and connect its electronics together. While playing, you’ll encounter situations that can only be solved by attaching more simple electronics to Piper, such as switches and buttons.

Pledge at least $149 (USD) on Kickstarter to get a Piper kit as a reward.