I’m a big fan of The Avengers and its related flicks. There are plenty of toys and action figures out there for fans of the franchise to pick up. If you want some cool collectibles that are a bit off the norm, check this out. 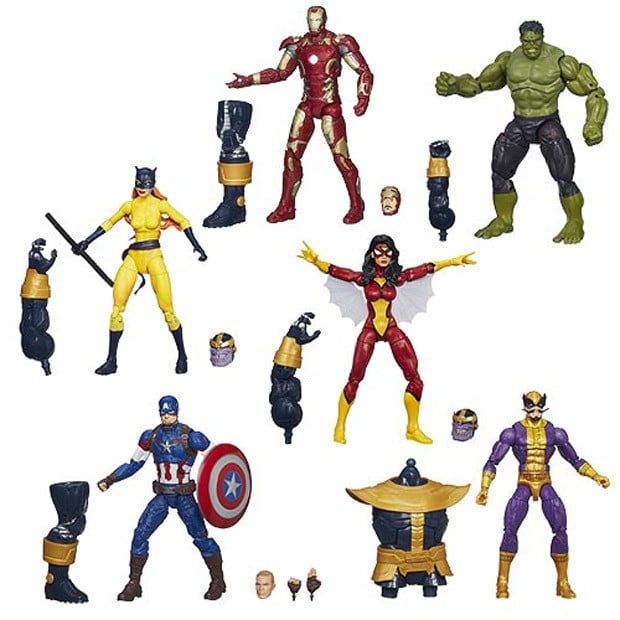 You can now buy a complete set of the Avengers Marvel Legends action figures. This is the Wave Two set and they each come with a part that lets you build another action figure.

Put together, those parts build Thanos. The set includes Iron Man, Hulk, Captain America, Fierce Fighters Spider-Woman, Fierce Fighters Hellcat, and Batroc. I’ve never heard of a couple of those characters, have you?