If you read our site much, you know we post stories about weird science stuff on occasion. Most of that stuff is cool and doesn’t creep me out at all, unless we are talking about robots that look like Hector from Saturn 3. This story I find more than a bit creepy.

As it turns out, Bambi and her kind aren’t strictly the herbivores we thought they were. A number of years back, scientists studying certain types of birds in North Dakota found that deer often supplement their diets with birds. The thought of a deer gnashing on a live bird really disturbs me for some reason. 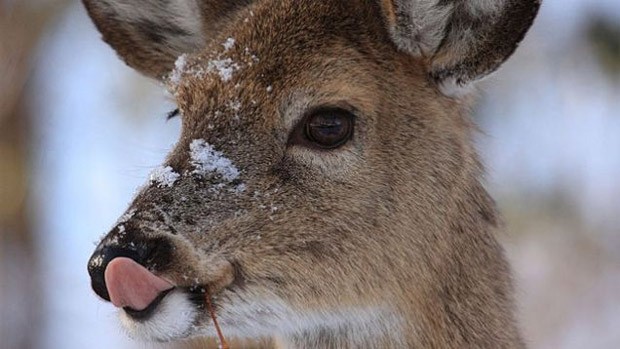 The scientists recorded videos of deer walking up to a “Mist-net”, which is a net used to capture birds and bats alive for study and tagging, and eating the birds alive. They ate the birds right off the net! The team also recorded deer eating nesting birds right out of nests they could reach near the ground. I’ll never look at deer the same way again.