Real Life Portal Made with Kinect: You Are the Test Subject

Fans who make Portal recreations usually resort to mirrors and simple perspective tricks to simulate the game’s space-warping effect. But software designer Roland Smeenk’s setup actually creates windows to another space. You still can’t walk into them though. 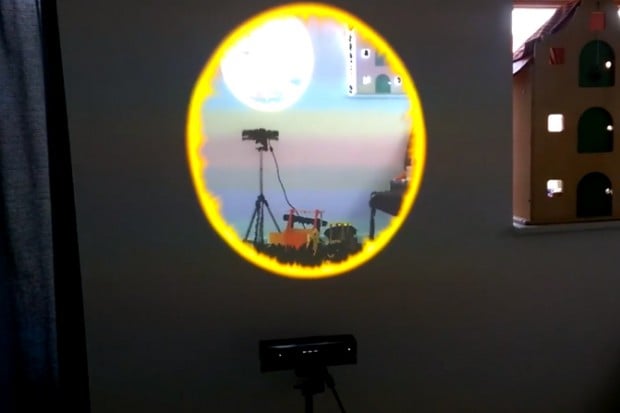 Roland used two Kinect v2 peripherals, a projector and a laptop for his magical setup. The Kinects are used for both head tracking and 3d recording in real time. Thanks to the head tracking, not only will the perspective change accordingly as you walk in front of the portal, it also allows Roland’s program to detect when someone walks by. It uses that input to fire up the projector just as a person walks by, making it seem like a portal is actually opening before his eyes.

Head to Roland’s blog for more on his project. I wonder if it’s possible to mount the Kinect, a battery and a pico projector to a handheld device. That can be triggered at will. And has a shiny white case.