When I first saw this metal T-Rex lamp, I thought it was pretty awesome. Then I realized that it’s actually a heat lamp, which is about as close as you can get to a fire-breathing dinosaur without it actually breathing fire. I wonder if you put a piece of paper in front of its mouth if it would eventually catch on fire. 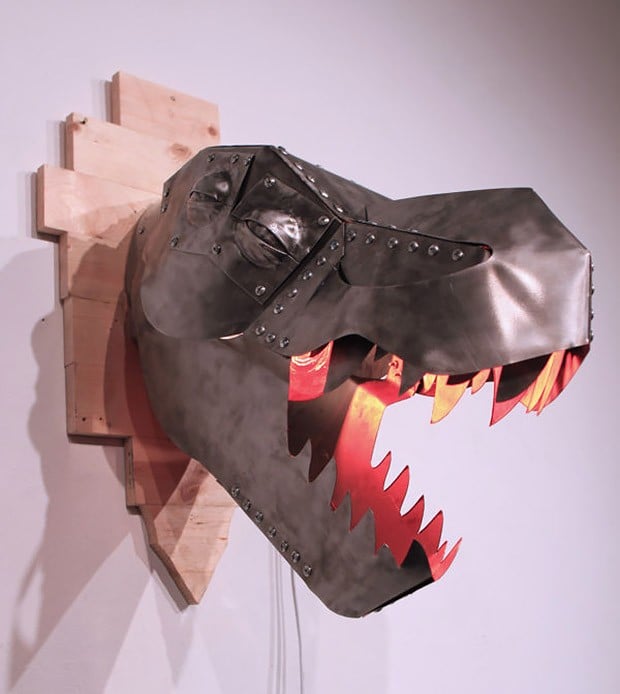 This hot-headed T-Rex was made by Instructables contributor Yueshi, and it looks really great. There’s something just so imposing about a dinosaur made of metal, especially one held together with exposed screw heads or rivets. Yueshi made this creation using sheet steel, cut out using a plasma cutter, which happens to be one of the greatest inventions in the history of shop tools. 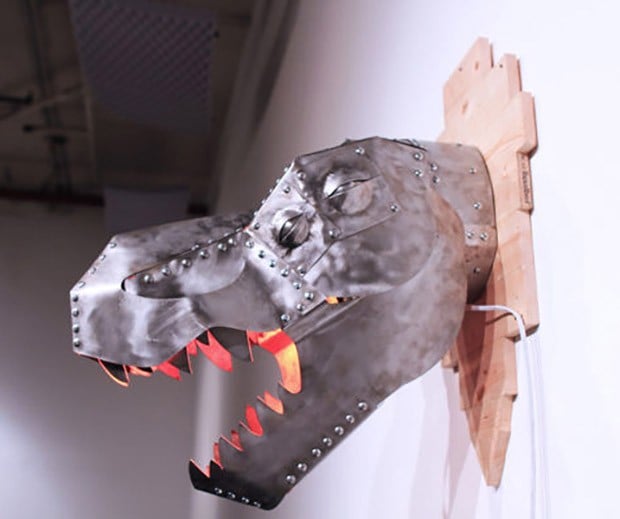 Check out the full build log for this awesome build over at Instructables, where you can download the template patterns for creating your own.