Ultimate Marvel Movie Marathon to Show 11 Flicks in One Day

I have never been to a movie marathon; the most I have ever done is watch two movies in a single day. I’m not sure I would spend an entire day seeing a bunch of movies that I have already seen in a single sitting. AMC and Regal Theaters will be having a massive marathon of Marvel movies, and I would really like to try it out. 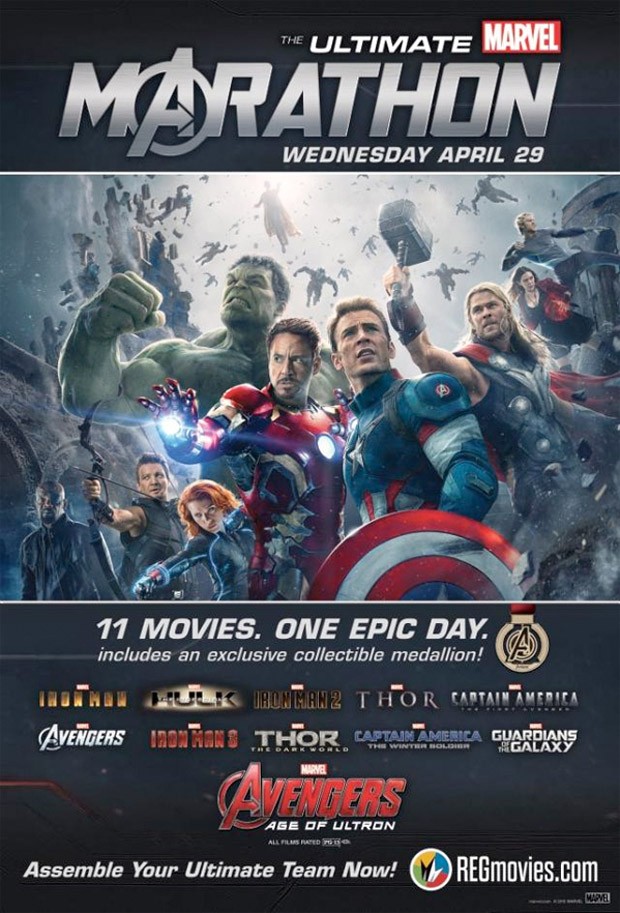 The theater will be showing 11 movies all in the superhero genre in a single day. The marathon will have 25 straight hours of movies and will start on April 29. The most awesome part is that it leads up to a 7pm early screening of Avengers: Age of Ultron.

This marathon will be coming to Kansas City, New York, Anaheim, and Orlando for AMC theaters. Regal Theaters will show the marathon in Ontario, Atlanta, King of Prussia, and Houston.