Have you ever imagined what it would be like if you could have bought a Netflix cartridge for the original NES console? Wonder no more. Netflix employees Guy Cirino, Alex Wolfe, and Carenina Motion participated in the company’s latest developer Hack Day by creating an 8-bit version of Netflix. 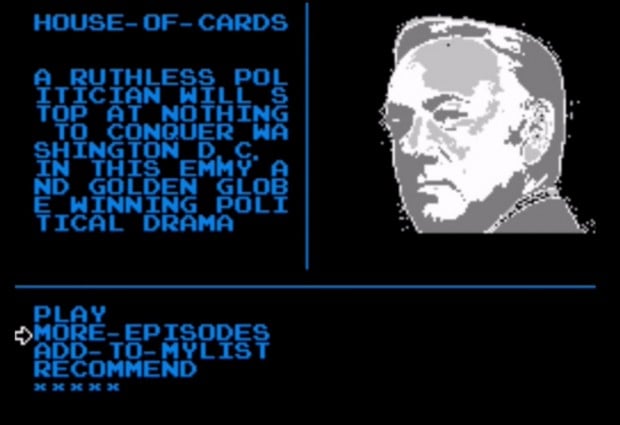 They made this low resolution version of the streaming service service for an original Nintendo Entertainment System console.

However they didn’t modify the console itself. They used a cartridge to deliver video that included an 8-bit version of the House of Cards intro. Pretty cool. Just load the cartridge and browse through your stream list.