We already saw a fan-made LEGO Cacodemon in Iain Heath’s Doom diorama, but this MOC by Flickr member Jerac is as gory as the game and really nails the look of the lightning-belching monster. Jerac says he had to resort to “illegal techniques” such as cutting and bending pieces to create the Cacodemon. 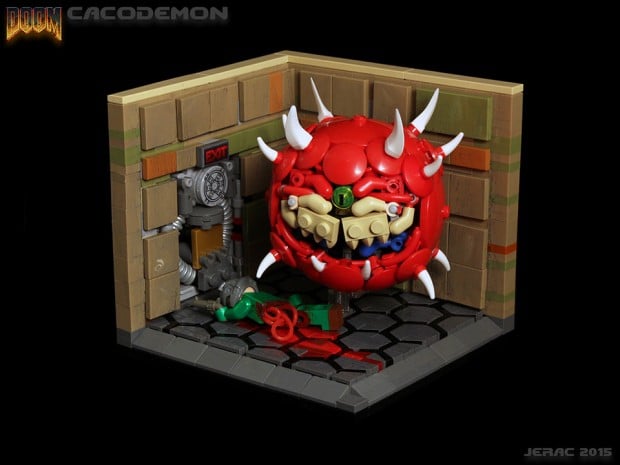