Last month I mentioned a DC Bombshells statue of Hawkgirl. The statue is in the style of ’40s pinup art and was designed by Ant Lucia and sculpted by Tim Miller. If you liked that statue, even though it was of a more obscure super heroine, you will love this one from the same guys. 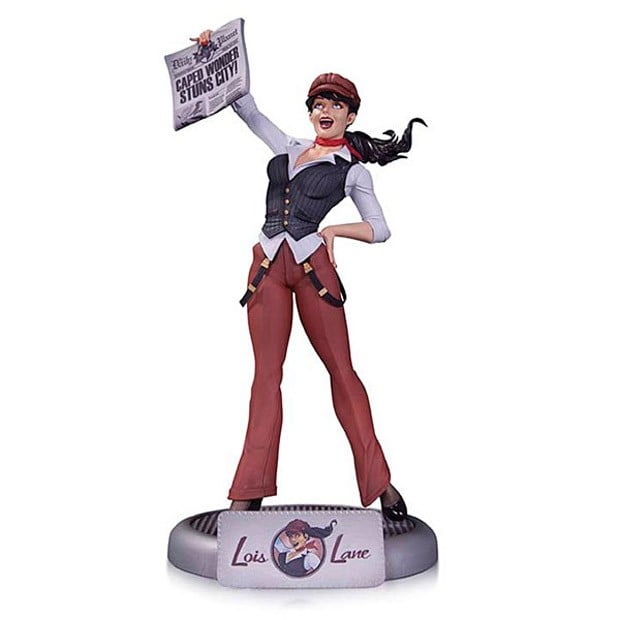 The next statue in the DC Bombshells series isn’t a super heroine, it’s of Lois Lane. We all know her as the woman that Superman is in love with from the first time he sees her.

In the statue, a well sculpted Lane stands in ’60s looking clothing holding a newspaper that reads “Caped Wonder Stuns City.” The statue is a limited edition with “only” 5,200 being made. It is coming to ThinkGeek soon for $124.95(USD).