This Pocket Cat T-shirt Has a Nasty Surprise

Ahhh. Look at the cute cat in that pocket. Then you lower the pocket down and are like WTF?!? That cat that looked so adorable is a nasty feline. 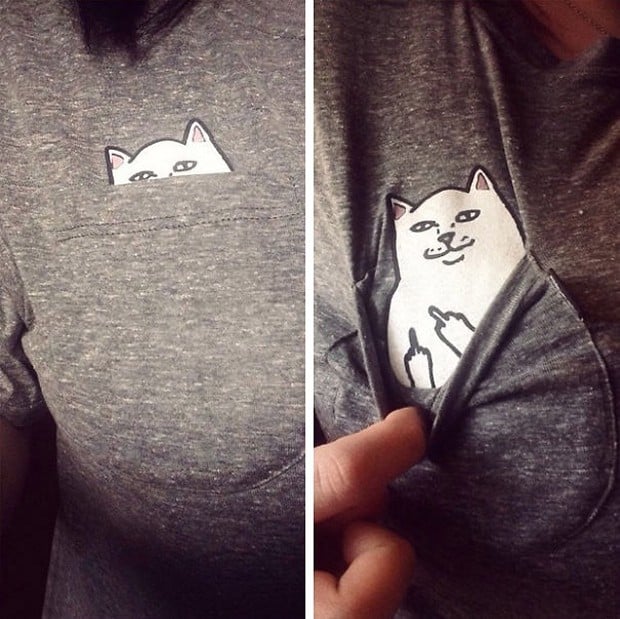 The joke is partly on him/her because aside from tricking you by giving you the finger, that cat is fatter than it looks. This fun shirt will surprise everyone! It is at once cute and nasty with it’s secret hidden message. This fun shirt was designed by Ripndip. They should be called Catnflip as in a cat just flipped you off. 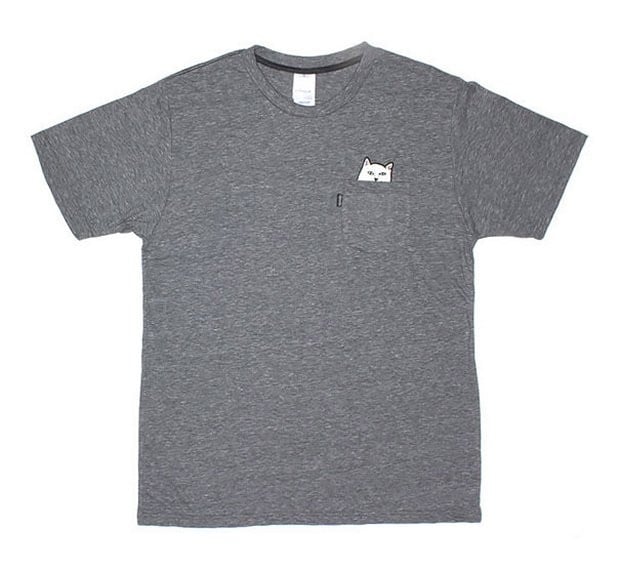 The company makes skateboarding apparel that has this mischievous cat mascot named Lord Nermal. I love him, but I hate him. So I guess it works.

[via boredpanda via Likecool] 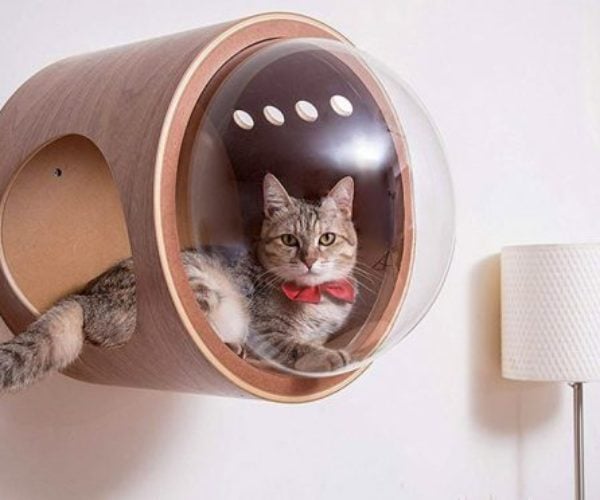 MYZOO Spaceship Cat Beds Are Perfect for These Alien Beings 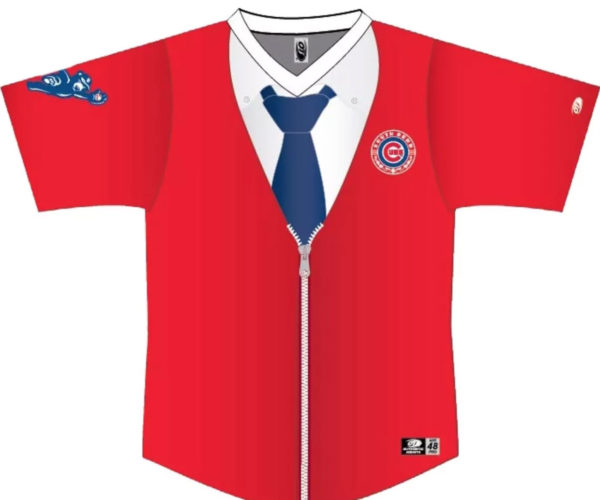 50 Things to See in the Sky