This Chibi Predator figure is awesome. It is the Hybrid Metal Figuration Scar Predator Figure from Herocross. He’s also pretty gosh darn adorable. This guy measures 5.5″ tall and is made of metallic alloys and plastic. He is the cutest Predator you will ever see. 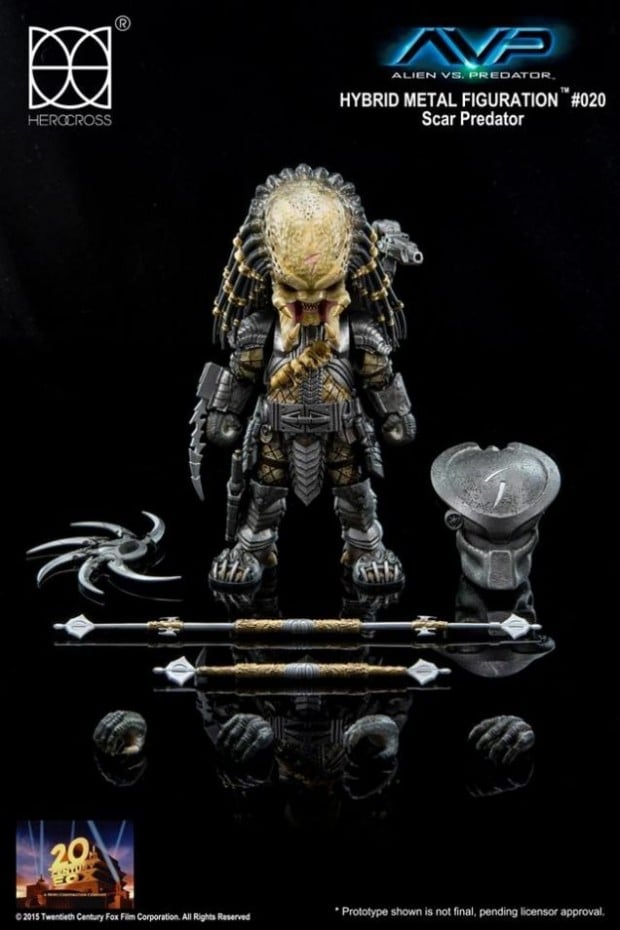 This figure is based on Scar from Alien vs. Predator and has 20 points of articulation. If Predators looked like this and came in this size, they would be welcomed on our planet to hunt big game like squirrels and rats. 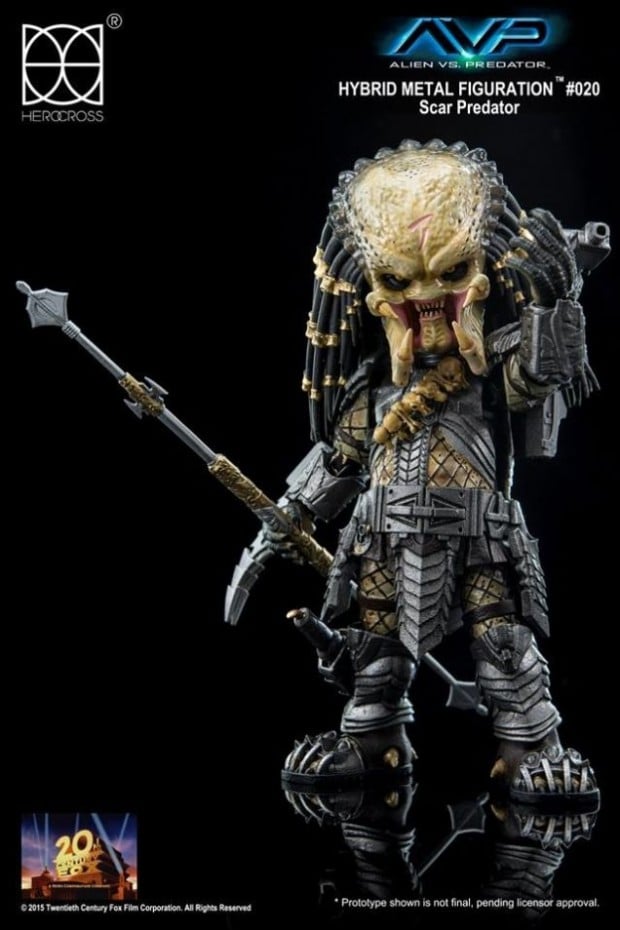 He also comes with a a lot of accessories. There’s a maskless version of the head, wrist blades, combi-sticks, plasma caster, shuriken, ceremonial dagger, and six different hands. He sells for about $100(USD). I must have this.