There are hundreds of ways that you can cook bacon. Some of them are more fun than others. Dustin Ellermann likes to cook bacon on his Gemtech TREK 5.56mm suppressor after firing about 90 rounds out of his M16 rifle. Bullets will fly and bacon will fry. 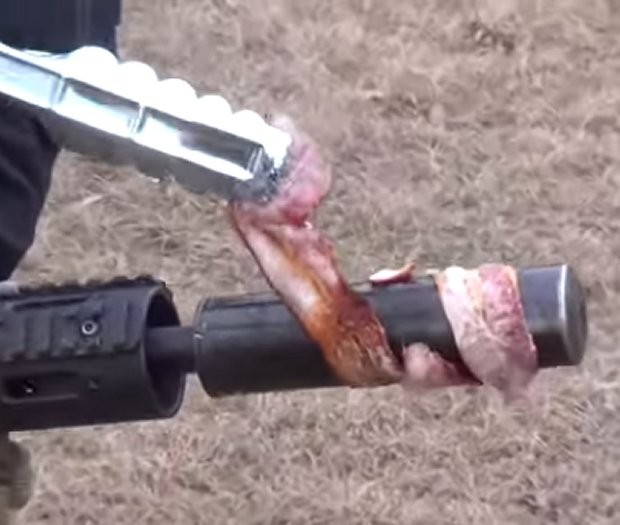 I knew that suppressors got hot, but I had no idea they got this hot. He gets extra points for actually eating the bacon. In a lot of these sort of cooking food on hot things videos, people don’t even eat what they cooked.

This guy is what America is all about. Remember folks, always bring bacon to the gun range. Shooting all day makes you hungry.