Kegan Holtzhausen’s custom modular controller for Kerbal Space Program has his fellow Kerbalnauts over the Mun. He calls it the Psimax CS40 Telemetric Joystick. Adjust your pocket rocket’s pitch and read on. 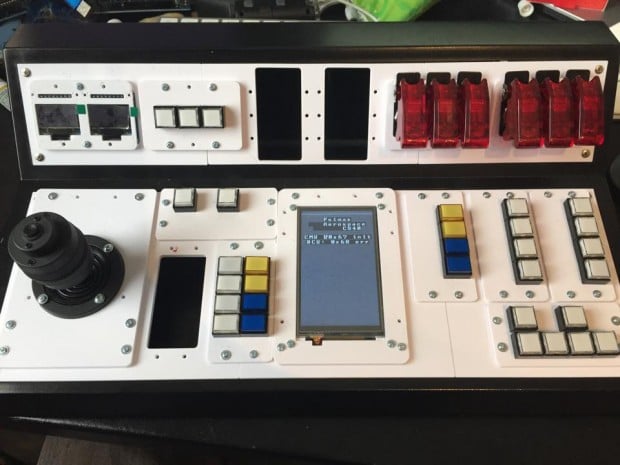 Kegan used a Retex Abox enclosure to house the controller’s modules and then 3D printed the top plates. He used one Arduino Mega to handle the joystick and another for the buttons and switches, while an Arduino Due mans the displays. He’s also working on OLED meters:

Crash into the KSP forums for more on Kegan’s custom controller.