Skyrim mods can be awesome and there are a ton that have been created. Everything from Thomas the Tank Engine and Super Mario to Randy “Macho Man” Savage have found their way into the PC version of the game. These mods are all fun on their own, but when you put them all together it makes for one crazy and awesome game. 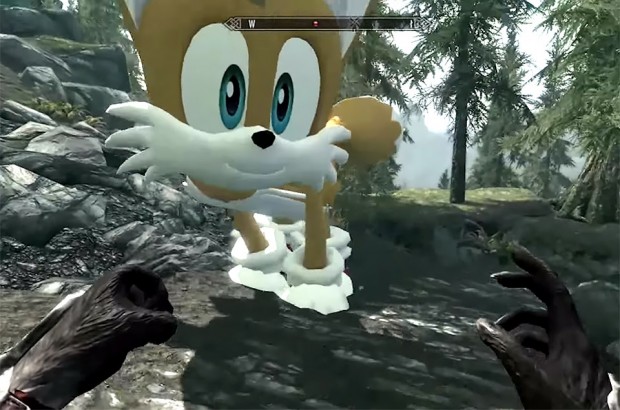 YouTuber Videogamedunkey has mashed all of the mods together in one crazy video. The result is simply hilarious. It doesn’t take long for things to get completely chaotic. Warning, the video is loaded with NSFW language:

Dunkey faces some crazy stuff here, but he knows it’s time to quit when he sees a giant crab wearing a top hat and monocle. That’s just too much.