This Ping Pong table makes your game go round and round. Forget rectangular Ping Pong games, which are far too straightforward and balanced. Play a game in the round. This fun take on table tennis was created by Singaporean artist Lee Wen. It’s called Ping-Pong Go Round. Obviously. 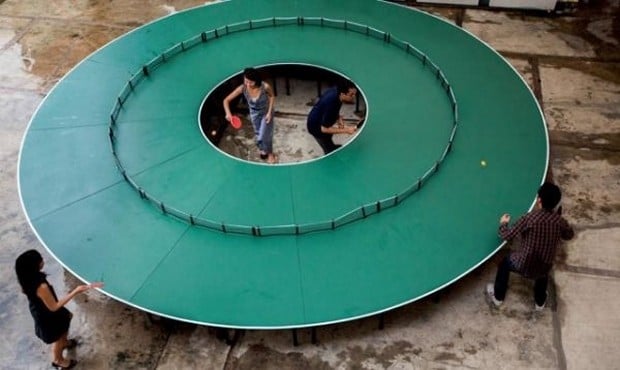 This interactive art installation is a modular ping pong table that lets several people play at the same time. It’s also portable. This table looks like it would crowded pretty quick on the inside area, but it looks like fun. 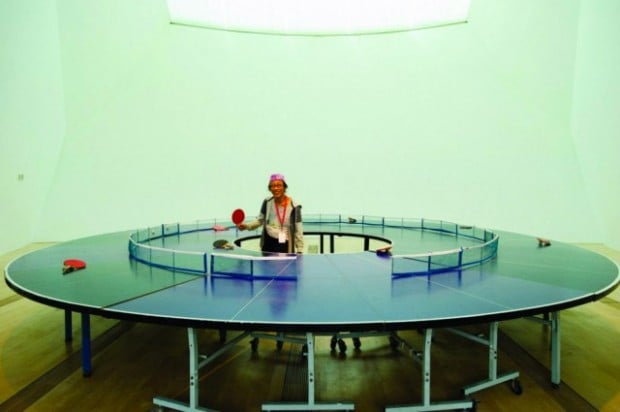 Lee Wen must be on a mission to make this the new way that the game is played, because he’s taken it across southeast Asia and Australia, where he invites people to play. It was also recently exhibited in Hong Kong. Pretty cool.