Growing up in the ’80s was great; we had some awesomely cheesy movies that I still love to this day. One of those awesomely cheesy movies was Death Race 2000 (which actually came out in 1975). I’ve probably seen that flick 1,000 times over the years. When the video game Carmageddon came out, I immediately recognized it for the video game version of that flick and played the heck out of it. 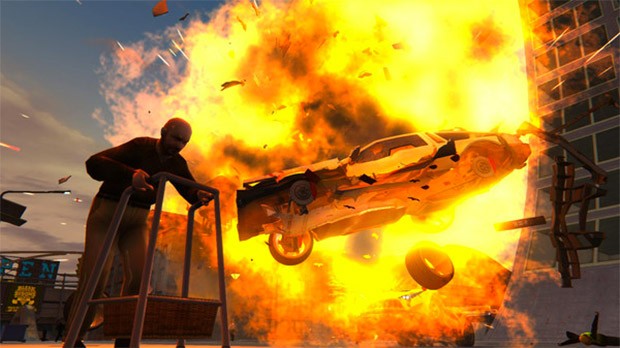 I am very excited to say that a new version of the game is finally landing 15 years after the last version came to market. The new game is called Carmageddon: Reincarnation, and it supports multiplayer gameplay. The PC-only game will leave Early Access and launch on Steam for anyone to buy on April 23.

The trailer looks to have all the car customizing and pedestrian killing fun of the original, and includes Carmageddon 1, 2, and TDR2K as well. I will absolutely buy this game and demolish all pedestrians.