I’m certainly not a timepiece connoisseur; I like my Pebble smartwatch and that’s enough for me. I have seen some of those high-end mechanical watches though, and I very much like the idea of a watch that has lots of exposed gears. The problem is that those sort of watches are very expensive. 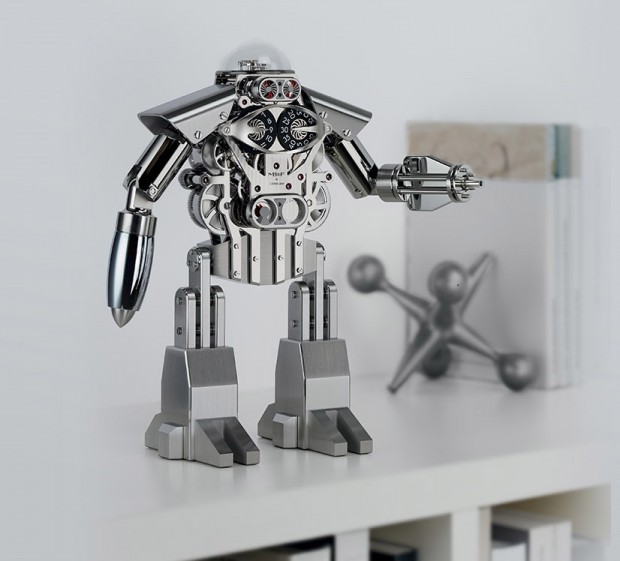 I am sure this awesome robot table clock is insanely expensive as well, but I don’t know just how much it costs. What I do know is that this robot is actually a table clock and it has all the mechanical innards of a high-end timepiece inside. The ‘bot is called Melchior and it is made from 480 components. 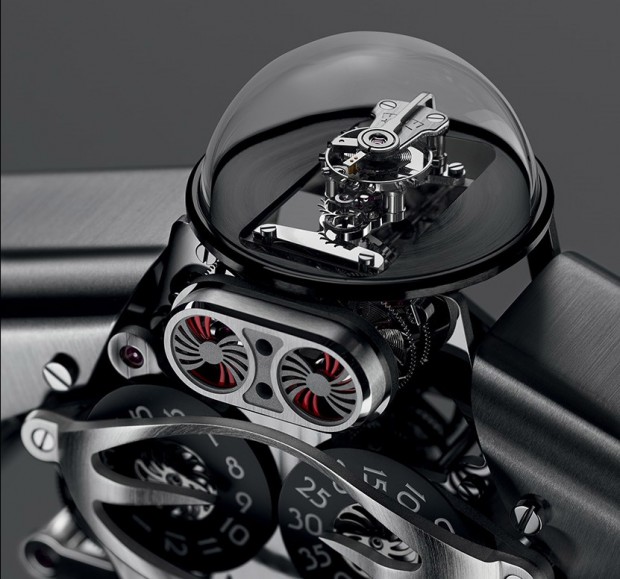 The clock was designed by Xin Wang and uses a L’Epee clock moment as its head and torso. Its eyes are 20-second double retrograde counters, and its clock regulator is visible under the polished glass dome on top. Its steel arms move up and down and the left Gatling gun arm is removable. Plus, its left arm serves as the winding mechanism for the clock when removed.  Only 99 of these will be made with silver version or black and silver. 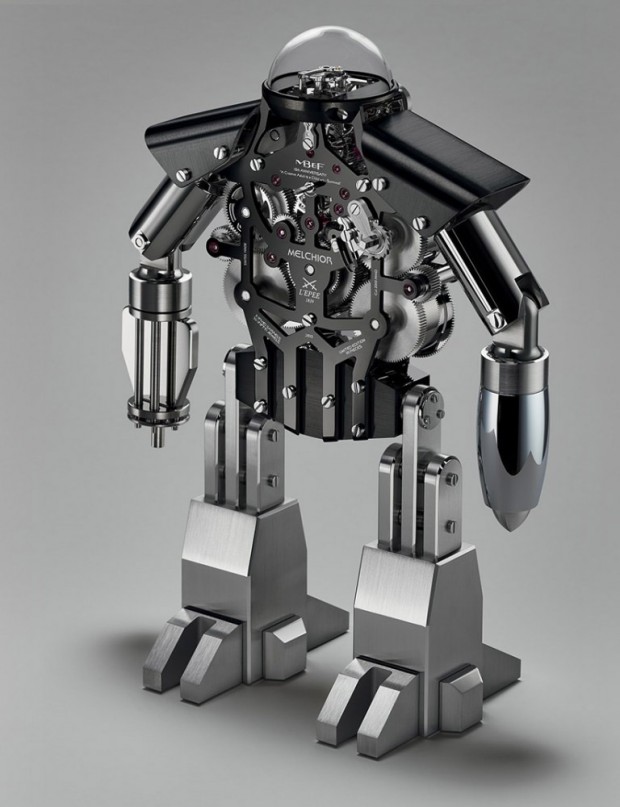 I’m sure this is one of those “if you have to ask how much, you can’t afford it” items.