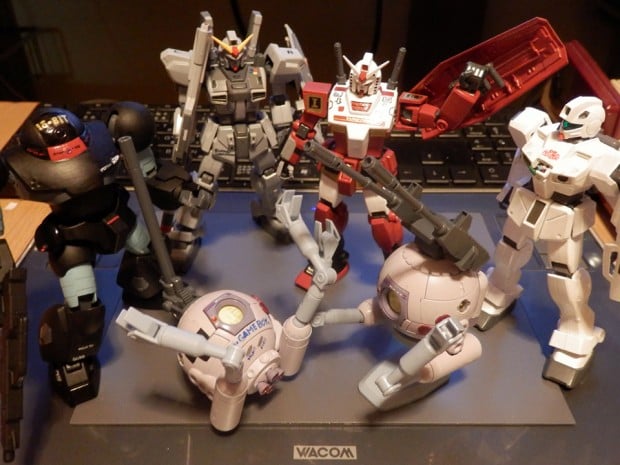 Mangaka ikkyu019 made these gaming-themed gunpla. His model-painting skills may not be up to par with his drawing skills – if Google Translate is to be believed, ikkyu019 calls his Super Famicom Gundam “embarrassing” – but they’re all still cool. He’s no Sei Iori, but where else are you going to see a Gundam with a Power Glove? His RB-79 Balls are also visual puns – look closely at their windows to see what I mean. 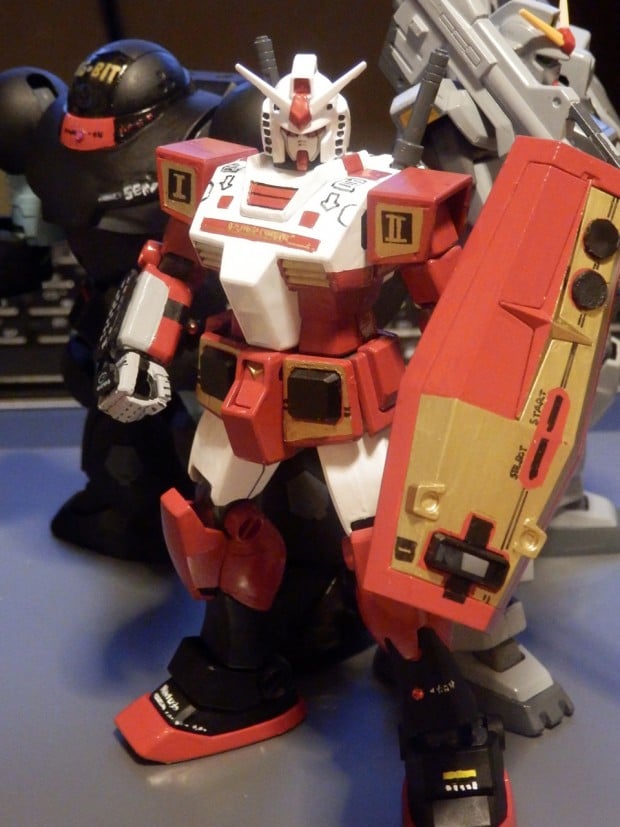 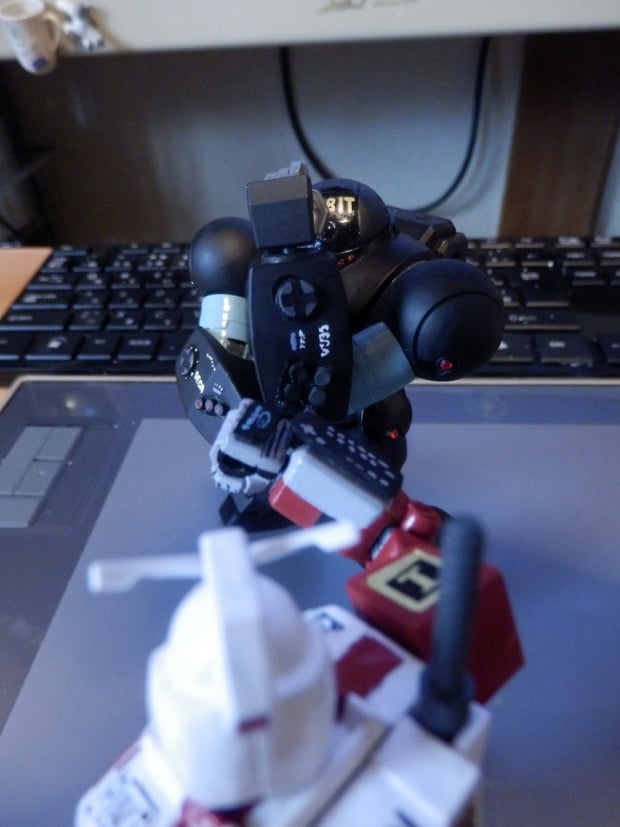 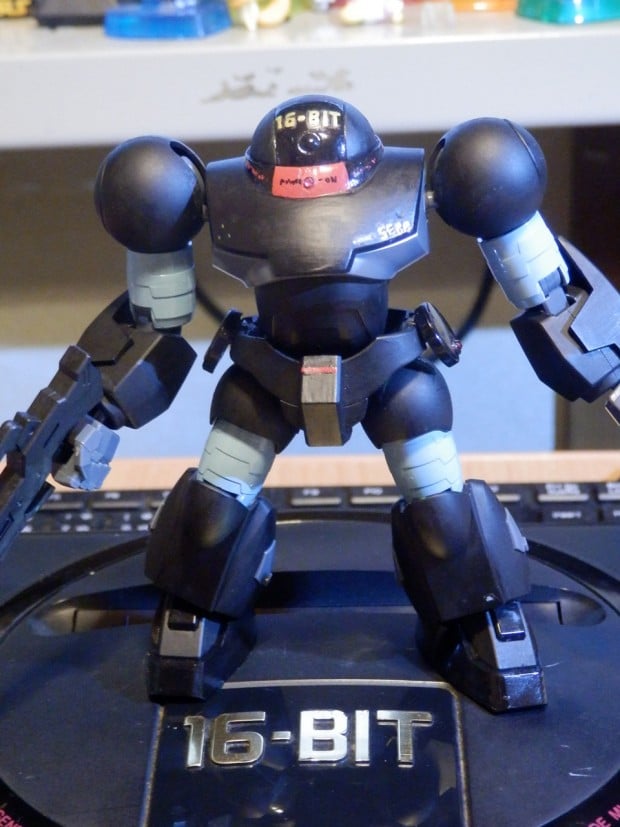 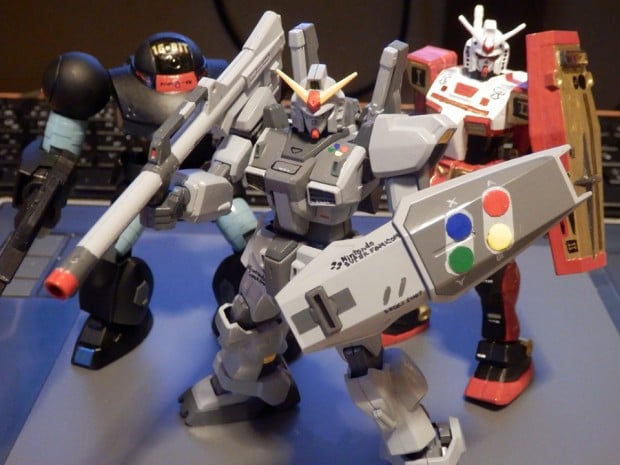 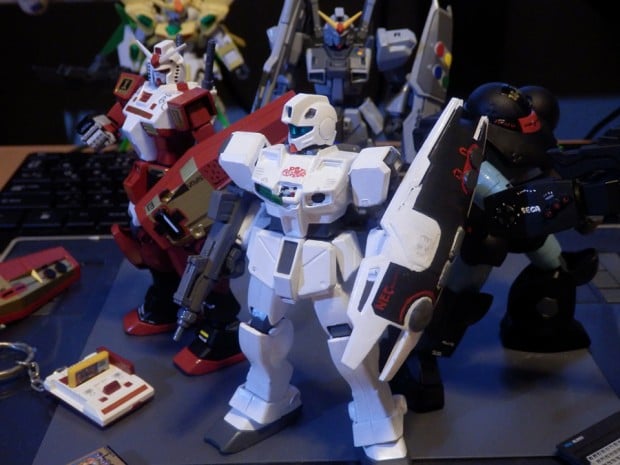 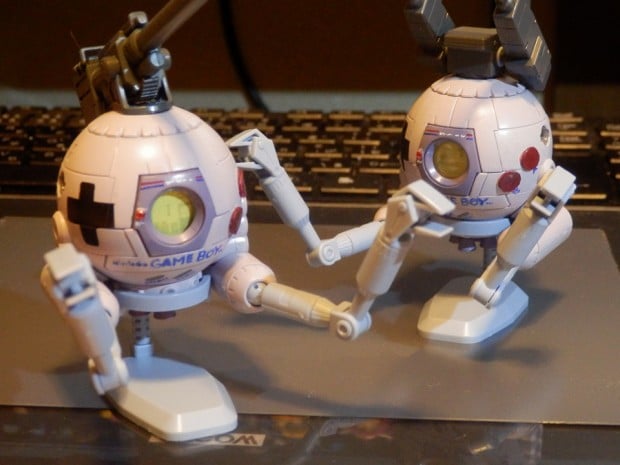 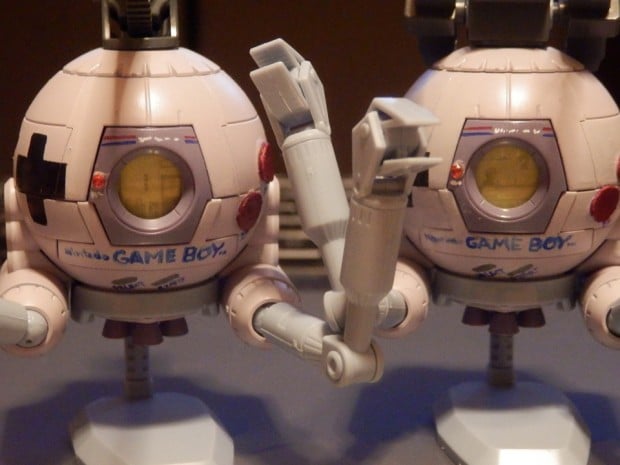 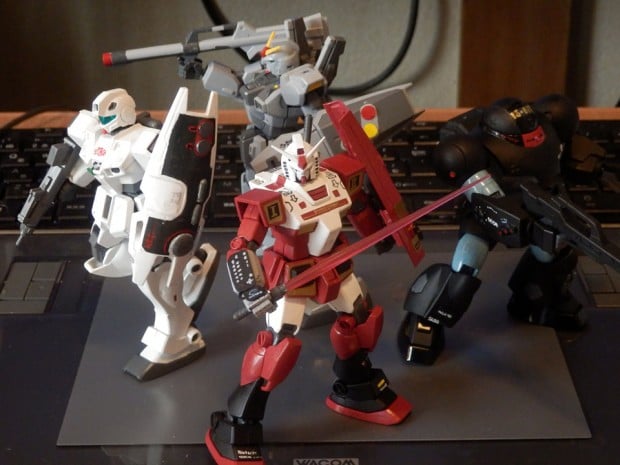 Head to ikkyu019’s blog to see more of his Gundam.