This Motorcycle Has a Beer Barrel Sidecar

Drinking and driving don’t mix, except when all of the drinking is done and you make a sidecar for your motorcycle out of the beer barrel that’s left over. Then it’s all good. That’s what this motorcycle is rocking. 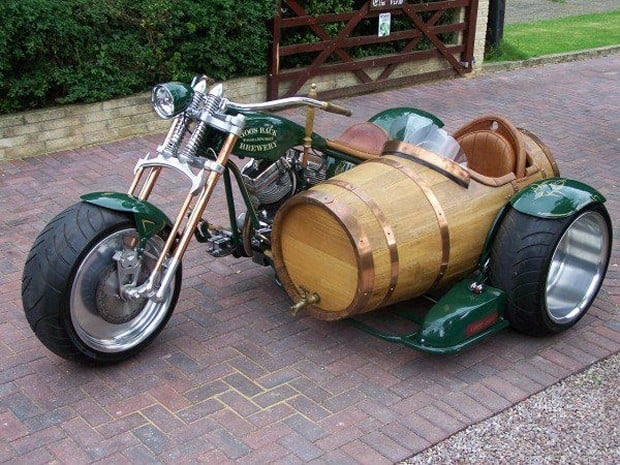 It’s called The Beer Engine for obvious reasons and it belongs to The Hogs Back Brewery in Tongham, Surrey, UK. They commissioned this custom motorcycle to draw the attention of crowds at festivals and other public events and generally advertise their brewery.

The sidecar is a beer keg, complete with a spigot, while the gear shift lever is a beer tap lever. It’s a shame it doesn’t actually dispense beer, but you can’t have it all. The Duff beer guy should really have one of these.