When he was a kid, Instructables member Andrew Hannay had a 1980 Nintendo Game & Watch game called Vermin, which was also released by Time Out under the title Exterminator. He sold the handheld on eBay, but lately he’s been itching to play it and other Game & Watch games. Since those are hard to find these days, Andrew decided he’d make his own Game & Watch system. 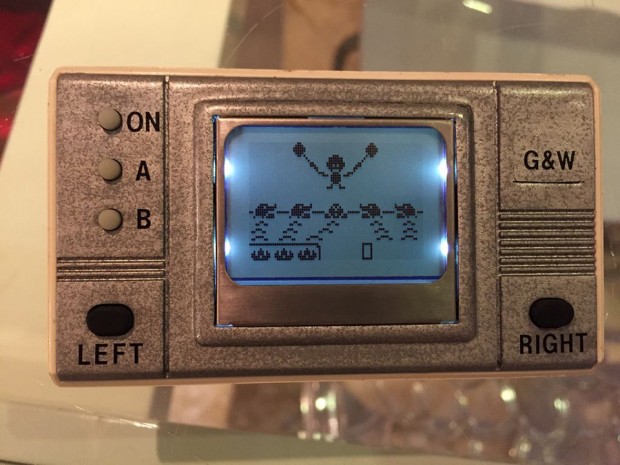 Andrew used the Microchip PIC18F4550 8-bit microcontroller as the brains of his retro gaming device, while the LCD display is from a Nokia 5110. He used the case from another Game & Watch game then painted it to make it look like the Vermin’s case. He botched the paint work but I think it ended up looking like an old gadget anyway. He then remade his childhood game in C using MPLAB.

The best part about Andrew’s toy is that unlike Game & Watches he’s not limited to one game. He can emulate old ones or even make his own games and load them on the device. Head to Instructables to find out more about the custom made handheld.