Mankind has always dreamed about experiencing flight like the birds do. We’ve come a long way, but flying planes, even hang gliding, still doesn’t capture what it is like to actually be the bird. Well, Birdly gets us several steps (er, flaps) closer. 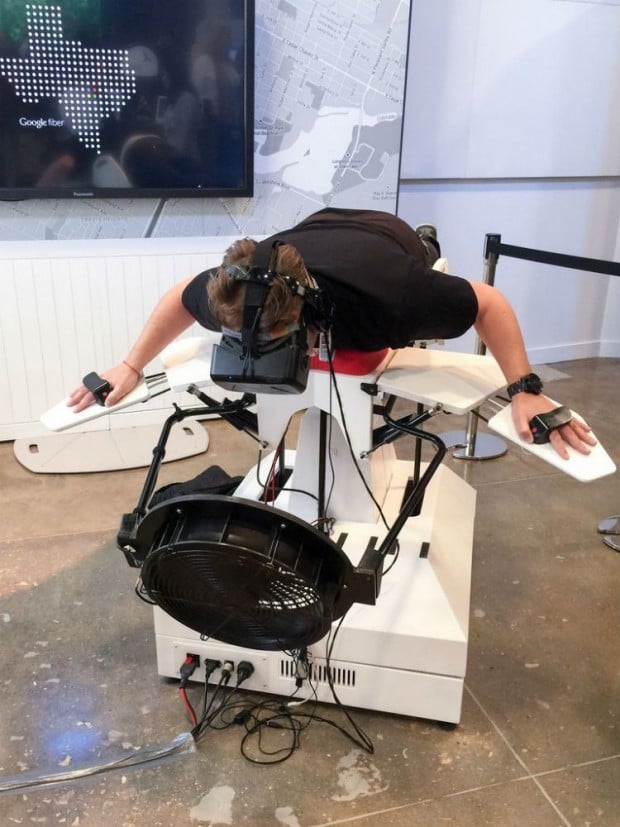 Birdly is a full-body simulator developed by the Institute for Design Research at the Zürich University of the Arts. The idea is to recreate the flight of the red kite, a large bird of prey. It uses a combination of an Oculus Rift virtual reality headset, sonic feedback, and a fan that simulates the wind while you are soaring where eagles dare.

The demo has been making the rounds across the globe and one of it’s stops recently was at the Google Fiber booth at SXSW 2015. The technology has a long way to go before we truly know what it’s like to be a bird, but this looks like one small wing flap for man and a giant wing flap for mankind.