A couple of years ago, David Krippendorf and Ryan Tseng launched the Kitchen Safe, a food-safe container that lets you set a timer before it unlocks. Now they’re back with an improved version called the kSafe. It lets you set other unlocking goals besides time, such as physical activity and location. 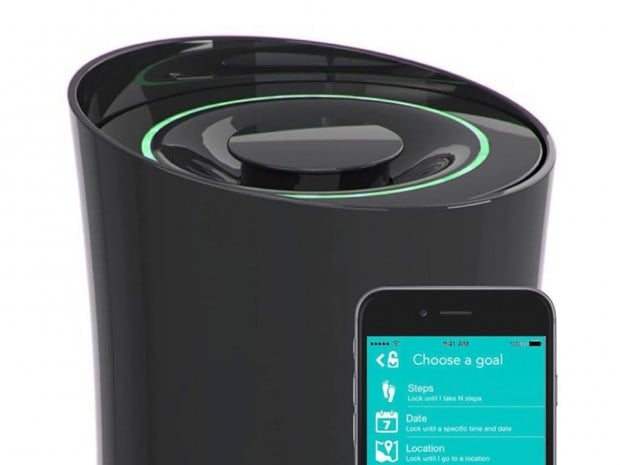 For starters, you’ll be able to lock kSafe for up to 100 days compared to the 10 days maximum on the Kitchen Safe. But you can also set it to unlock only on a specific time, date, week or month. You can also keep the lid locked until you reach a certain location or when you reach a target number of steps or calories burned. It will work with fitness trackers like the FitBit as well. Finally, you can use kSafe like other safes with the password lock option.

Pledge at least $79 (USD) on Kickstarter to receive a kSafe as a reward.