I’ve always enjoyed playing with the Etch-a-Sketch. Sure, it’s nearly impossible to draw circles or triangles, but that’s part of the fun. Instructables contributor Jon-a-tron decided to make his own sort of line drawing tool, but this one draws in a zen garden. 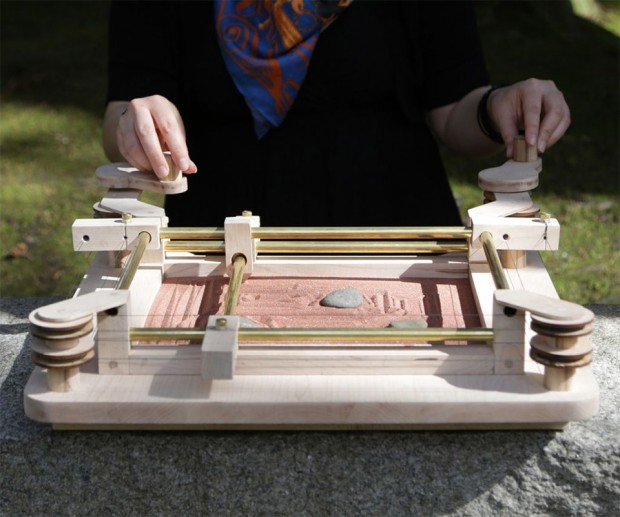 The XYZen Garden uses a pair of cranks which move a drawing tip through sand using a mechanism of pulleys and brass rods. The whole thing is pretty portable – other than the sand, which you’ll want to transport in a jar until you’re ready to draw. It’s a really cool idea, and if you’re crafty, you can build one yourself, since Jon posted the all of the build details up on Instructables. 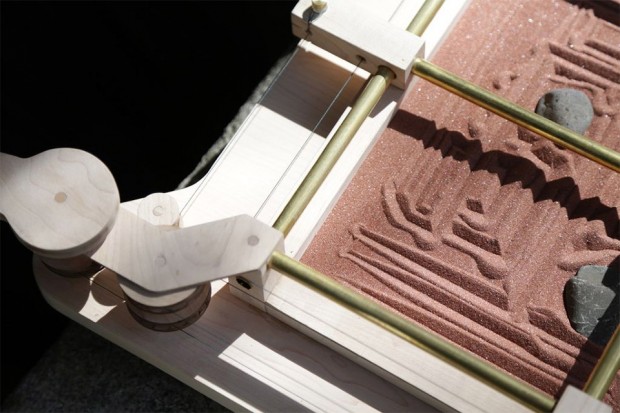