Super Mario 64 Bob-Omb Battlefield HD Fan Remake: We Give It 7 Out of 120 Stars

Last year we heard of a Super Mario 64 fan who’s trying to remake the game in full HD. Programmer and 3D animator Erik Ross never set out to accomplish such a gargantuan task, but he managed to recreate Super Mario 64‘s first level in 1080p on his own using the Unity Engine. 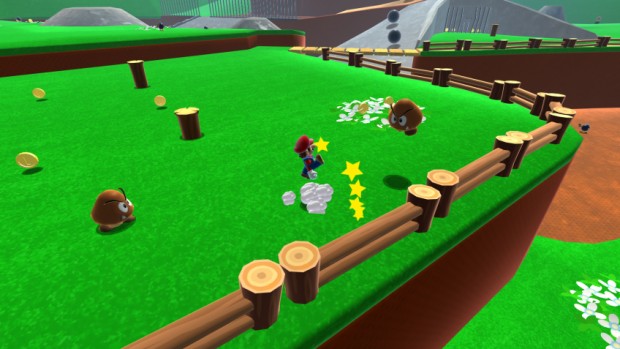 Erik made the playable replica to demonstrate his Unity-compatible character controller. He initially planned to make just part of Bob-Omb Battlefield, but fortunately for us he got carried away and finished the entire level. He made all of the art and animations except for the ones for Mario, the Goomba and Power Star, which he borrowed from Super Mario Galaxy. Likewise, the sounds and music are mostly from existing Mario games. Be sure to watch his demo video in 1080p if you can.

Erik admits that his replica isn’t 100% accurate, but I don’t think anyone will hold that against him. You can play his replica on your browser – it just needs the Unity Web Player to run – or you can download a self-contained copy for Windows, OS X and Linux from his website.