If you are the sort who is into collecting statues and action figures, check this one out. A new Batman Arkham Knight Statue has turned up, and it looks really cool. This isn’t the cartoon-like Batman of old, this is the black and badass version of Batman from the video games. 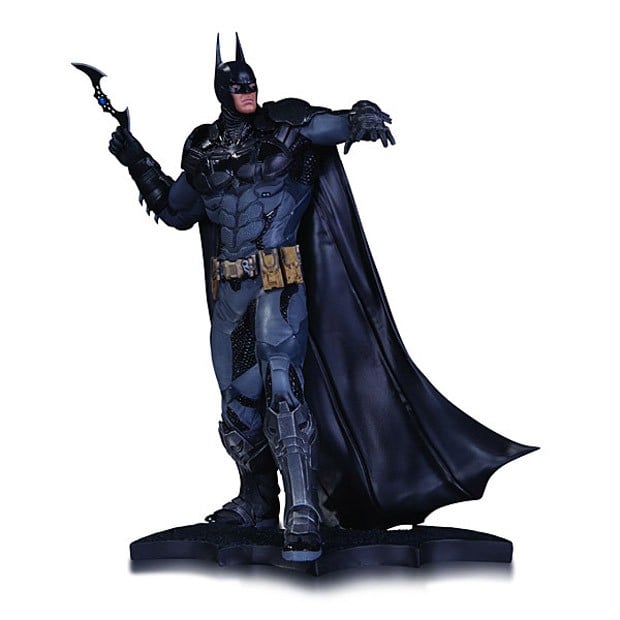 The statue stands on an Arkham Knight logo and Bats is throwing his batarang. I always liked Batman’s alternative to guns approach and the batarang is one of the coolest weapons he has.

The statue stands 9.5″ tall and is made of polyresin. It was sculpted by Gentle Giant Studios and is officially licensed. You can pick one up for $124.99(USD) at ThinkGeek.