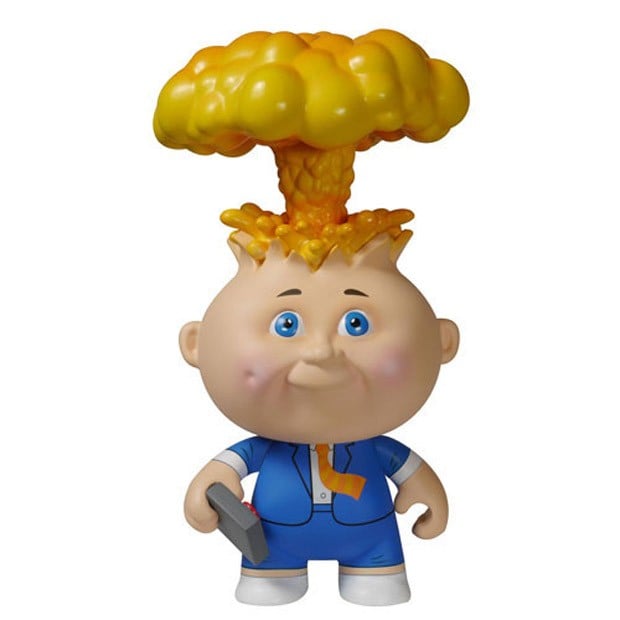 I even went to see the weird and incredibly creepy Garbage Pail Kids movie. That flick will give you nightmares. If you have fond memories of said Kids, you might recall Adam Bomb. He was one of the cooler of the kids with a mushroom cloud coming up out of his head.

Here’s Adam Bomb in vinyl collectible form. In the 6-inch vinyl action figure’s hand is a detonator button for blowing his mind. The one thing that bothers me about Adam Bomb is that he is really clean for a Garbage Pail Kid. You can pick up the action figure for $24.99(USD) at ThinkGeek.