Way back in the early ’90s a movie called The Rocketeer hit theaters. It was really cool and followed the story of a stunt pilot named Cliff Secord as he found and learned to fly an awesome rocket pack. As it turns out all you really need to fly a jetpack safely is a cool helmet with a fin on top and a leather jacket. 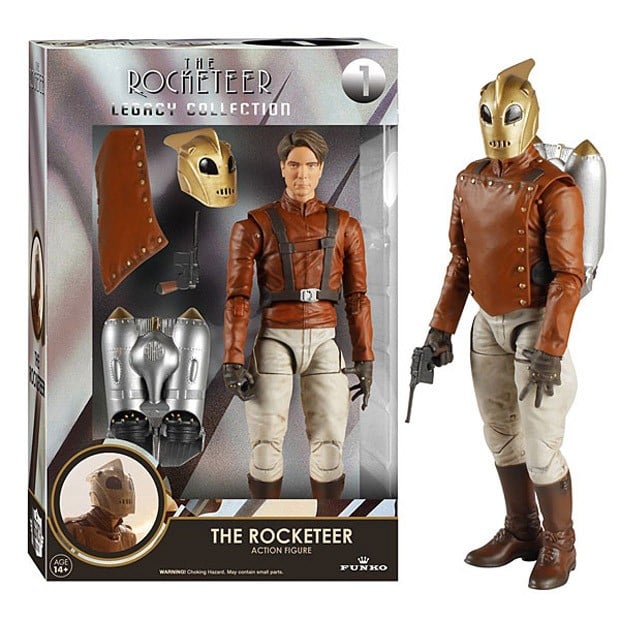 If you are a fan of that flick, check out this action figure. It sort of looks like Billy Campbell from the movie and comes with two heads. One head has the gold helmet on and the other has no helmet. The rocket pack is also removable.

The jacket also comes with a removable flap to cover the rocket pack straps. You even get an old-fashioned gun that fits in his hand. The action figure is on ThinkGeek right now for $19.99(USD).