Dammit Sony, why must you tempt me with cool special edition consoles when I already have one that works just fine, but is severely lacking in Batman graphics? Sony recently announced plans to release this limited-edition Batman: Arkham Knight-themed PlayStation 4 bundle, and it looks awesome. 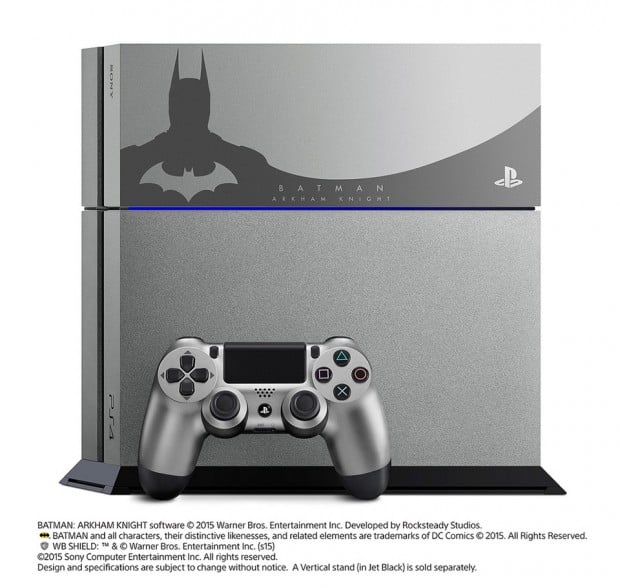 The bundle features a PS4 in a silver/grey color with a Batman: Arkham Knight faceplate, a matching DualShock 4 wireless controller and of course, the game. It will cost you $449.99(USD). Or you can go for the $399.99 version which includes a standard PS4, DualShock 4 controller and the game. That one is not nearly as cool. 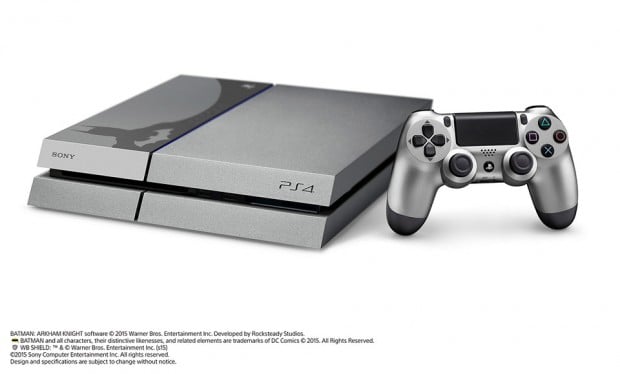 If you buy the bundle, you will have access to the bonus content before it’s available anywhere else too. These packages will be available for Bat-fans when the game arrives on June 23. Pre-order it now over on Amazon. 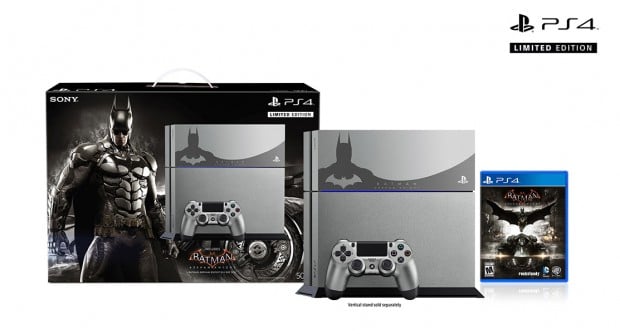 [via GeekTyrant via Nerd Approved]