I don’t think anything started as many fights growing up as a game of Monopoly. We always fought over who got to be the car, and the weakest person ended up as the thimble. It was a mark of shame. After we began playing, at some point we ended up in a fight because someone was being a dick about rent or bought a property we wanted. Those little tokens make pretty good projectile weapons. I think we may be the only kids to play Monopoly wearing eye protection. 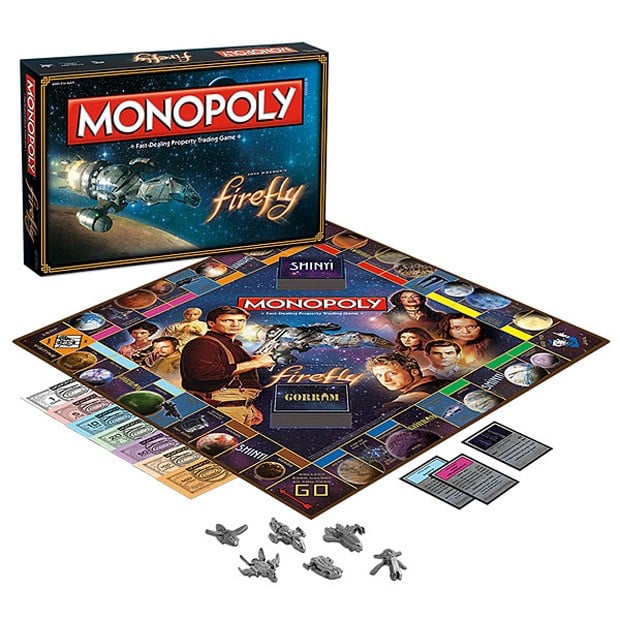 Firefly fans who enjoy Monopoly will want this version. It has locations from around the Verse for you to buy, sell, and start brawls over. The six tokens are all spaceships, which are all cool and will make it hard to tell who is the weakest at the board. 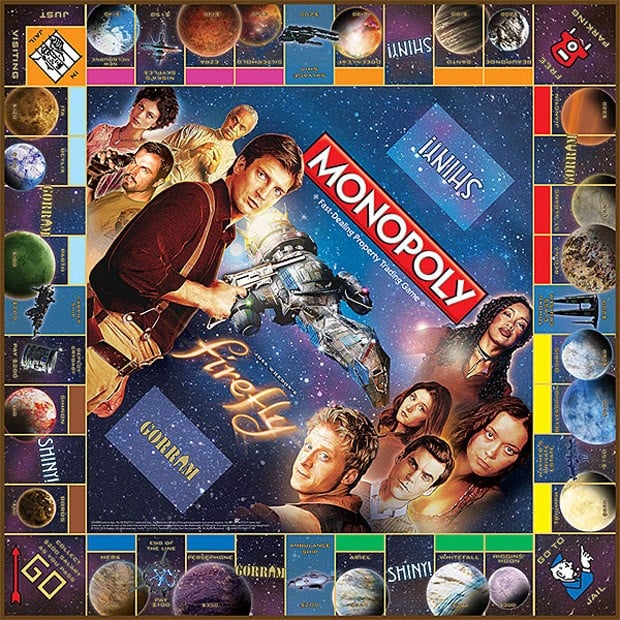 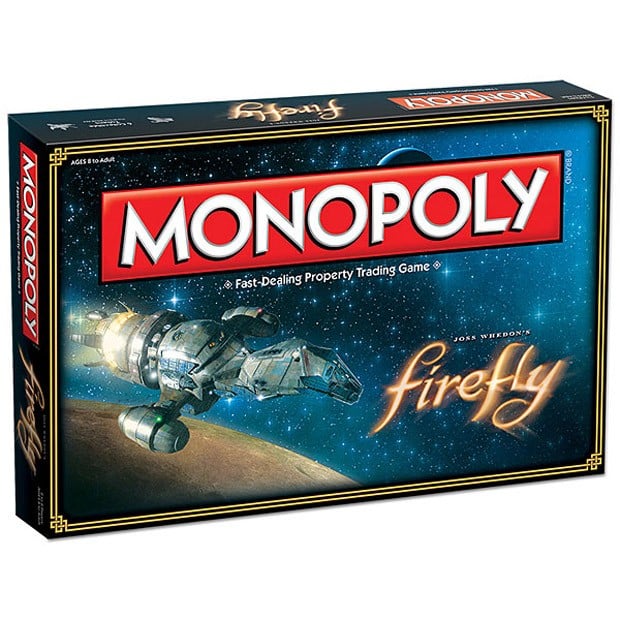 The tokens include Alliance Gunship, Serenity, Reaver Ship (Trans-U), Thunderbird-class Surveyor, Shuttle, and Brutus. You can pick up the game for $39.99(USD) at ThinkGeek.