Fans of Batman will like this very cool and highly articulated Dark Knight action figure from Mezco and One:12 toys. It has a very retro feel too it and Batman has a seriously square jaw. It sort of reminds me of Ron Perlman as the Dark Knight if that ever happened. 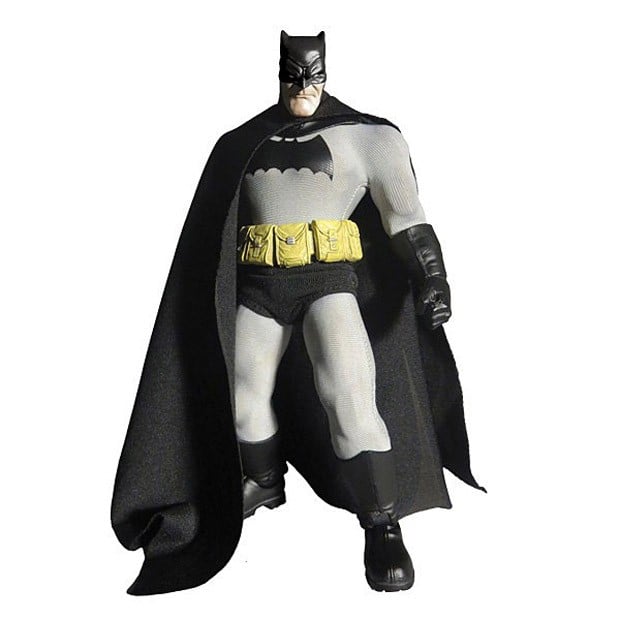 The action figure has over 30 points of articulation and comes with two heads. They are both angry looking with one having a bit more frown than the other does. It also comes with multiple hands and fists. 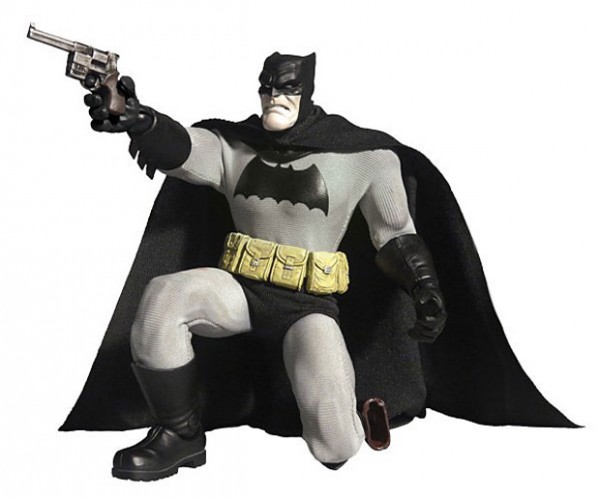 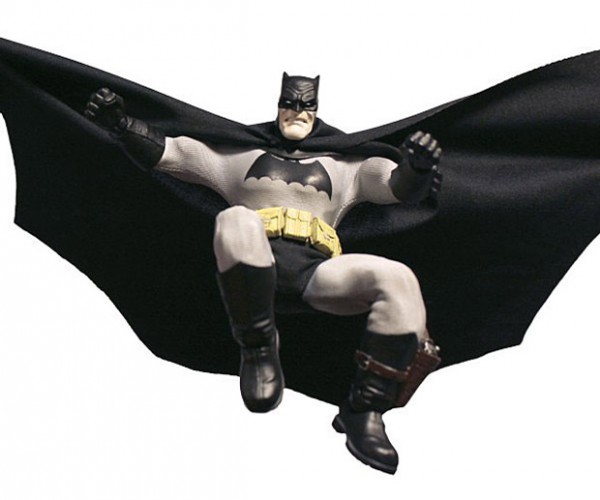 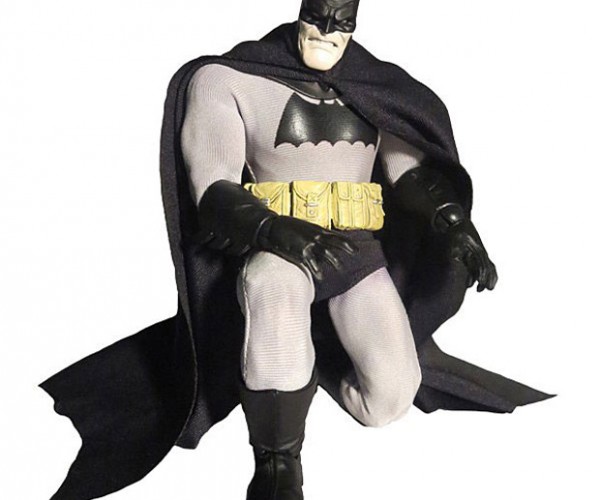 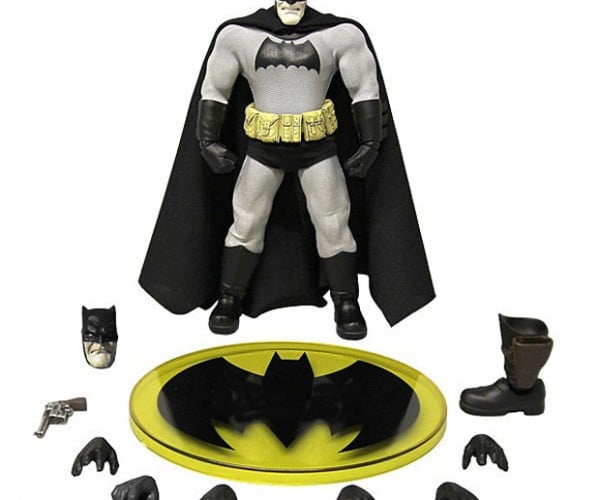 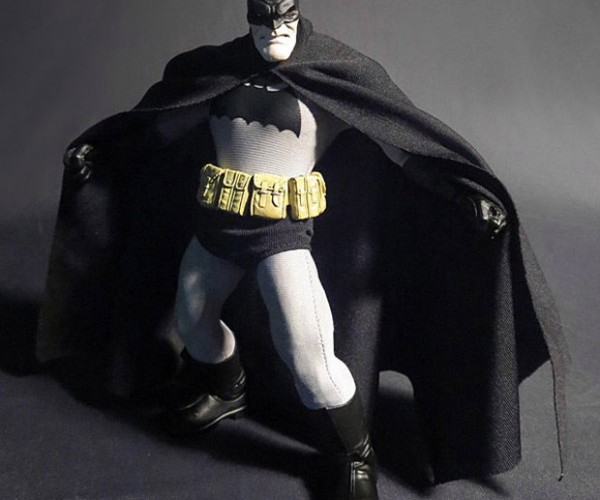 The 6.75″ tall action figure is 1/12th scale and has real fabric clothing that you can’t take off, so don’t expect to see Bruce Wayne underneath. It also comes with a pistol, removable utility belt, grappling hook, and a display case. The square-jawed Batman action figure can be purchased at ThinkGeek for $69.99(USD).