Old school gamers who spent time playing Super Mario Bros. will recognize this screen without any thought. This was one of the hottest games back in the ’80s and anyone lucky enough to have a Nintendo played this thing all the time. 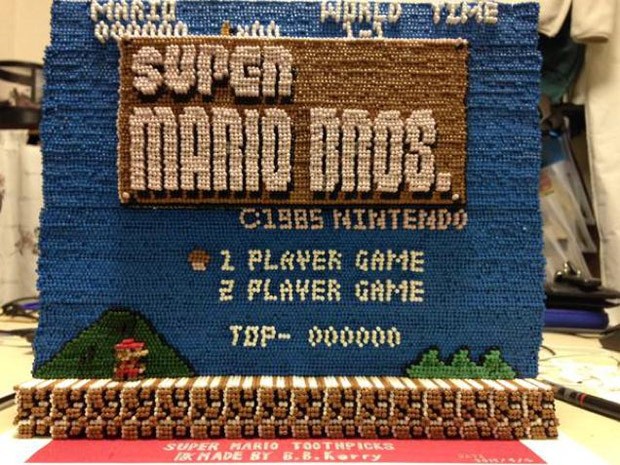 A geek on twitter going by BitBlt Korry built this recreation of the Super Mario Bros. start screen using toothpicks. The art has over 14,000 handpainted toothpicks. The picks are pushed forward to create a 3D representation of the game screen and it’s awesome.

The artist first mapped out the design in Microsoft Excel, then output a line-by-line grid of toothpicks at different depths, and painted and glued together the picks one line at a time. It’s almost like a handmade 3D print. The artist says it cost about $84 to buy all the toothpicks and from the looks of the video, it took a really long time to complete. 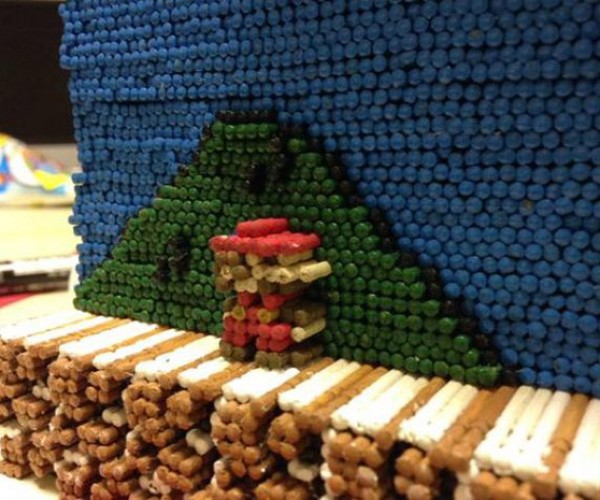 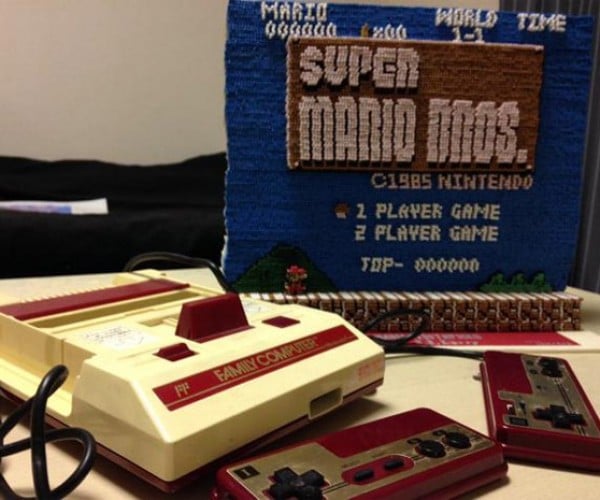 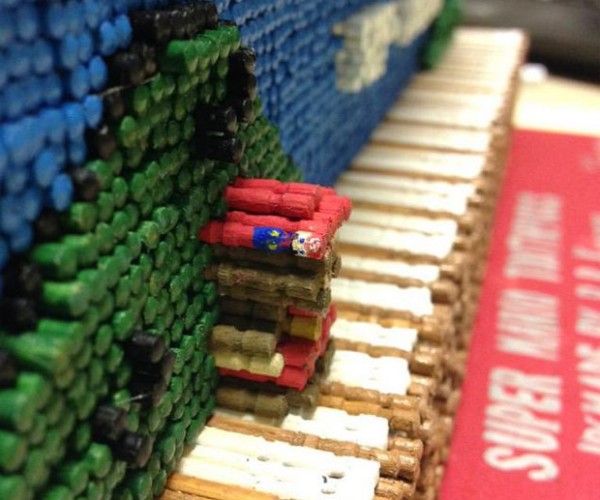 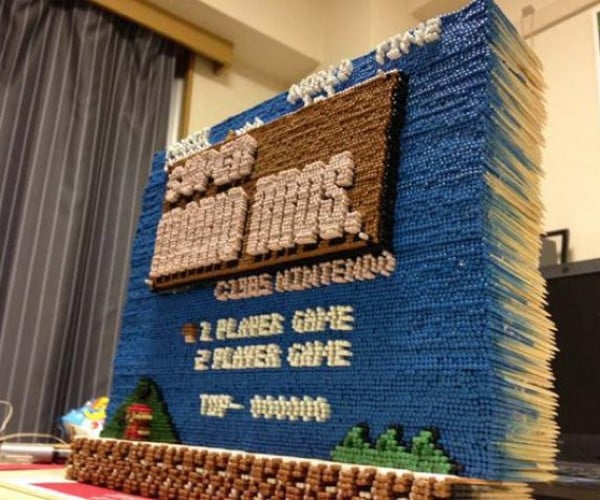 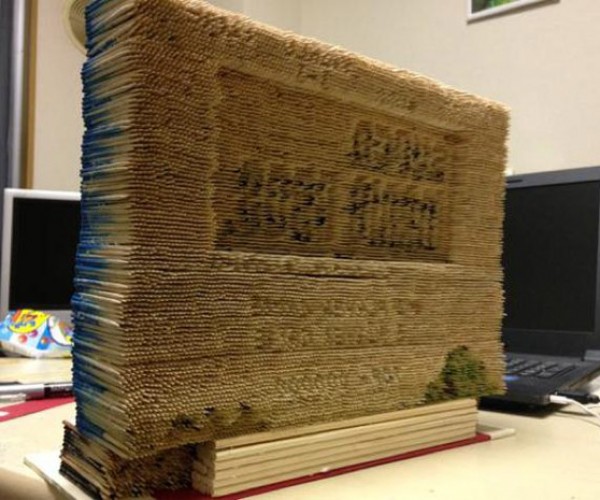