Let’s say that you want to have a ping pong table, but you just don’t have enough room in your home. What do you do? One option is to put half a ping pong table in your room and half outside of it with this awesome Ping Pong door. 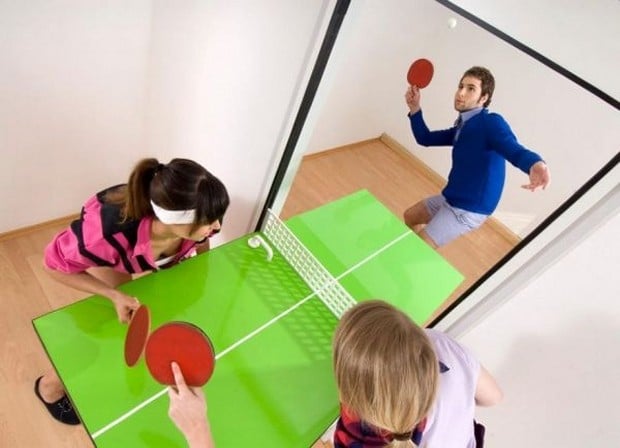 Your doorbell will say ping pong instead of ding dong and you will be able to play despite not having much room. Tobias Fränzel, a product and furniture designer in Berlin, came up with the idea. It’s a functional interior door and then swivels into place to serve (pun intended) as a ping pong table. 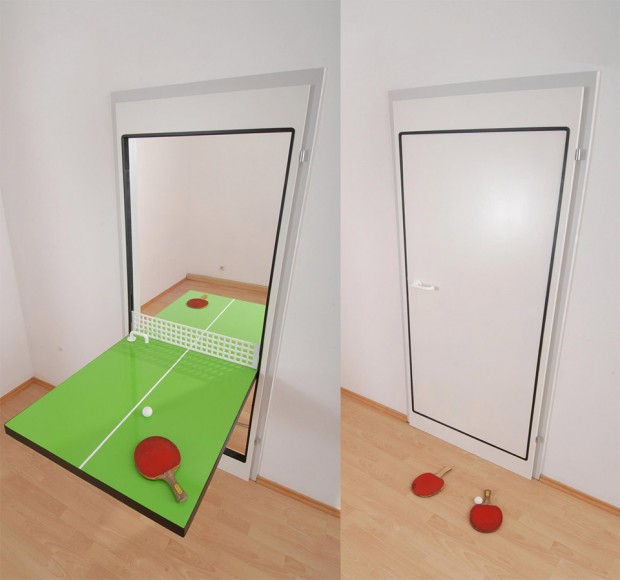 Just flip it down, attach the net, and you are ready to play.