Steel Battalion Immersive Gaming Rig Is the Hardest of Hardcore

I love games where you get to battle it out with giant robot mechs. I grew up on MechWarrior and loved that game. However, I have never been a console gamer, which explains why I have never heard of Steel Battalion. The 2002 Xbox game was a mech fighting game that is perhaps best known for its massive controller rather than the game play. 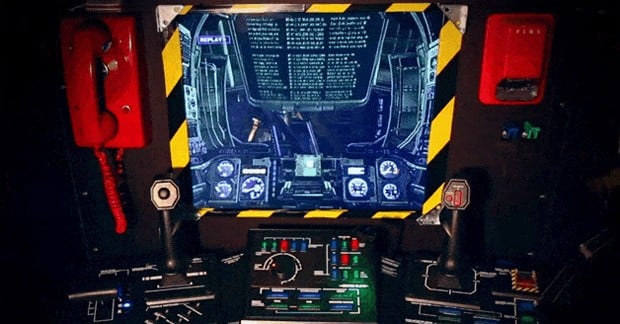 That controller looks awesome with dual joysticks and lots of toggles you need to flip. David Shuff didn’t think the game was hardcore enough with the giant controller alone, so he built a gigantic custom rig to house the controller and it may be the coolest thing I have ever seen. 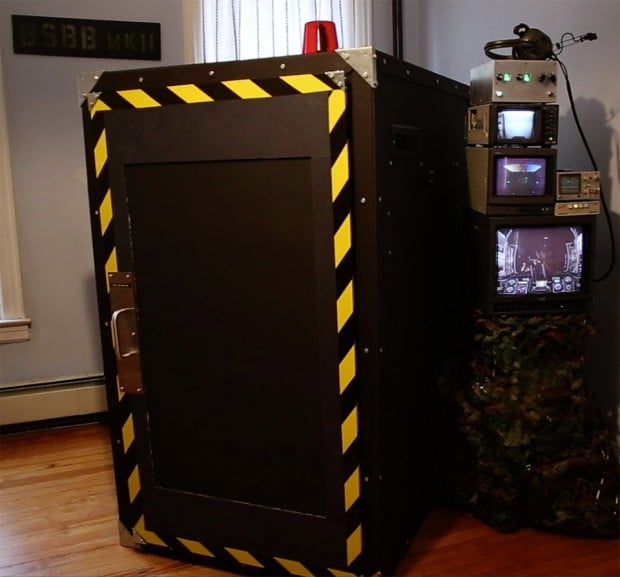 The rig is called the B.S.B.B. or Big Steel Battalion Box Mk II. It looks like a giant mech cockpit, complete with flashing lights, and a red hotline phone. The whole thing is enclosed in a box to add to the sense of realism, and has external video monitors and a pilot camera so spectators can see what’s going inside the cockpit.

I want to play this thing so bad. Check out the video and then head to its builder’s website to learn more about the rig and lust after it with me.