I know I am not the only one to ever watch a superhero movie and wonder how they go to the bathroom with all that tight spandex and armor on. We already know that Ryan Reynolds will be playing Deadpool in an upcoming marvel flick. He has tweeted the official movie costume in the past and confirmed that the movie is in the works himself.

Reynolds also tweeted another image with Deadpool reading the latest edition of his own comic. Rumors have been swirling that Deadpool would die in that issue. If Reynolds’ tweet is to be believed, that isn’t the case. He has now tweeted a pic of the Merc with a Mouth dropping a deuce, presumably after a bad chimichanga: 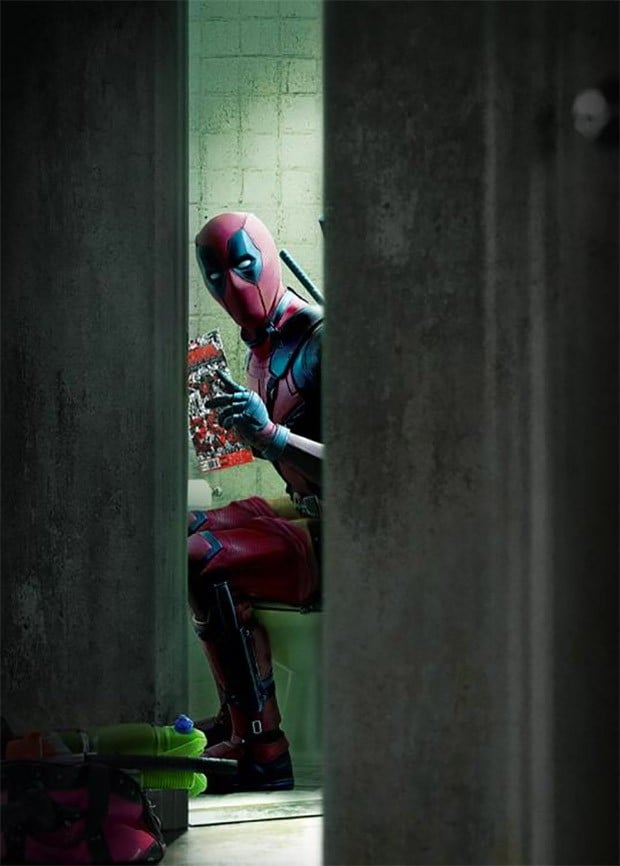 The tagline with the pic is “smells like someone died up in here. #alivepool.”