It’s been a little while since we saw a truly epic LEGO build. We are changing that right here and now. One glance at this and fans of The Hobbit will recognize Erebor – the Lonely Mountain, the dwarf stronghold. A geek named Michał Kaźmierczak built this LEGO reproduction of the movie set and it’s incredibly detailed on the inside and out. 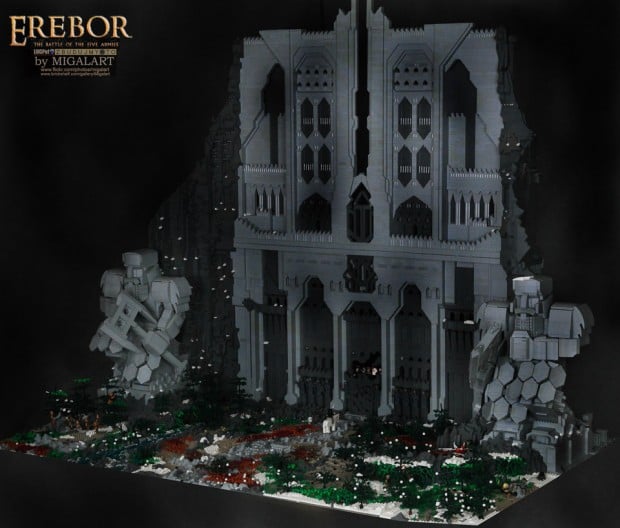 The project took him seven months to build, and he used over 55,000 bricks. The finished model is 5-feet-tall and each of the big dwarf statues weighs 13 pounds. The image with the builder standing next to the creation gives you an idea of the massive size. 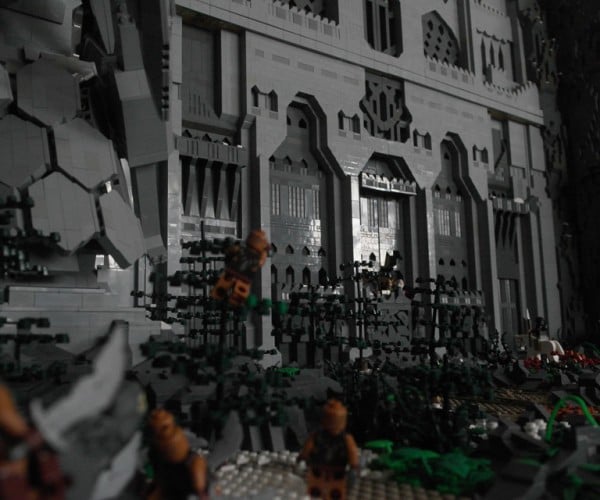 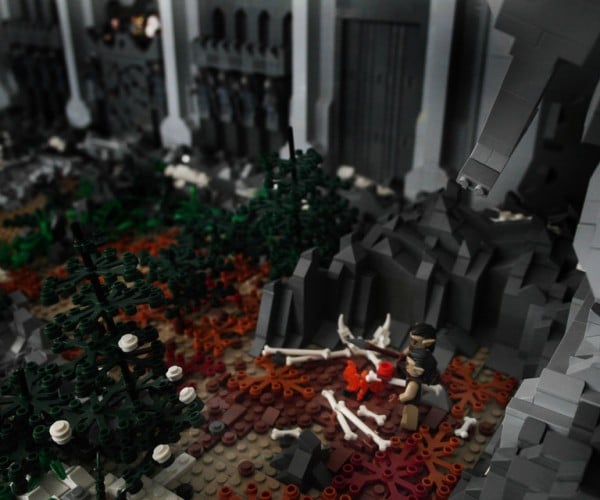 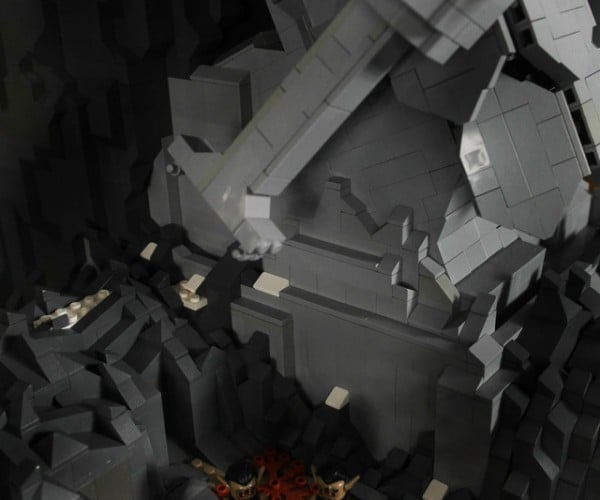 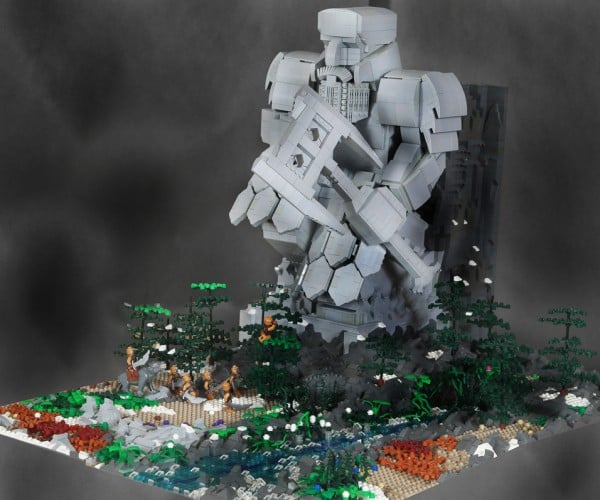 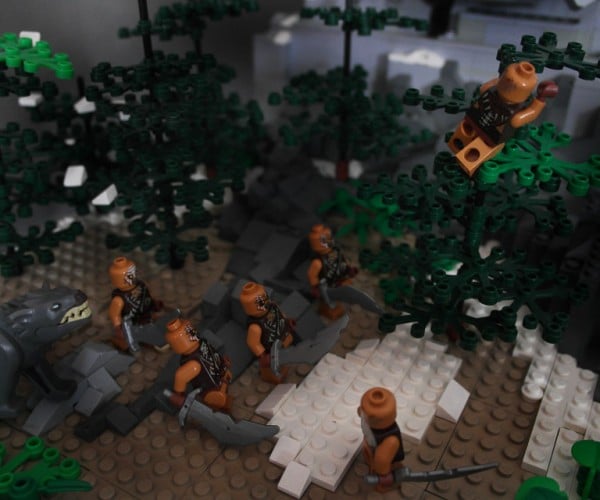 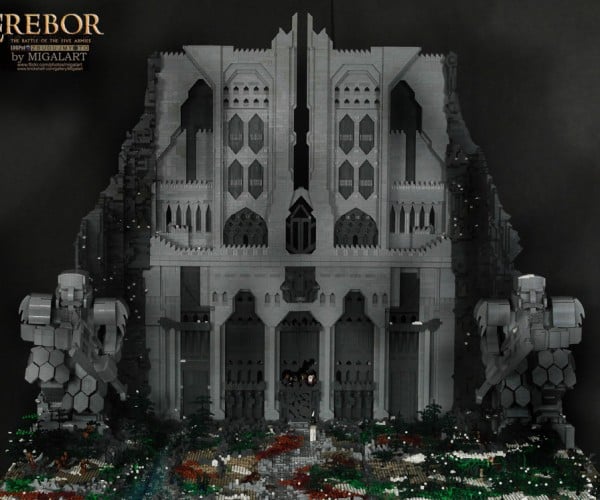 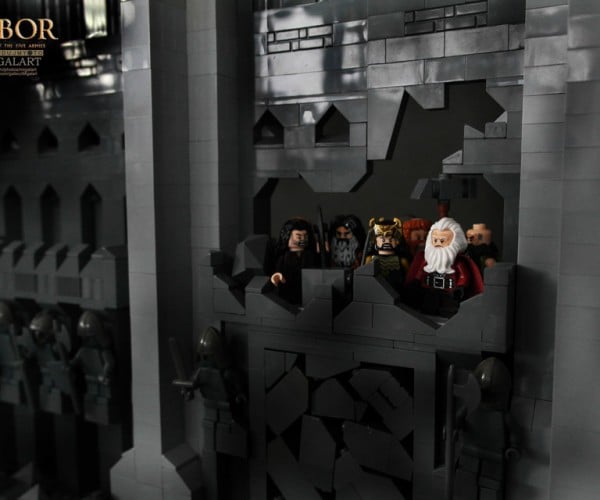 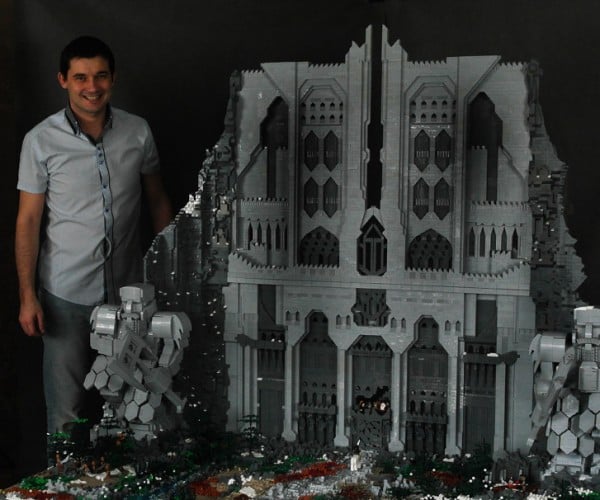 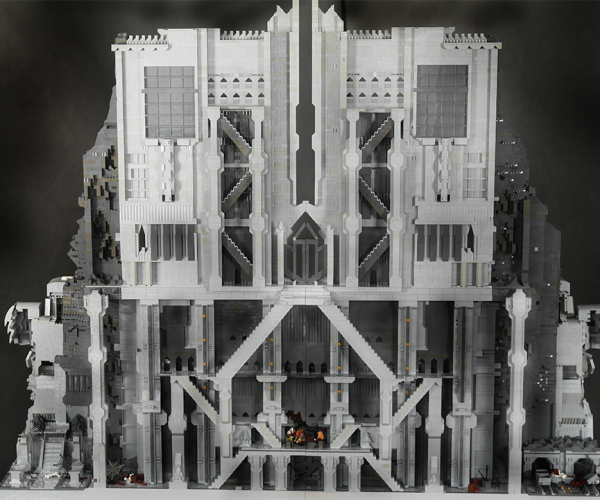 My favorite part is that he didn’t just build the outside and leave wooden supports showing in the back. This project is actually finished in high detail on the inside and out. This may be the coolest Tolkien themed LEGO creation ever.