Avengers x Gillette Razors: The Best a Geek Can Get

In what seems like a belated April Fools’ cross-promotion, Marvel and Gillette made four concepts for funny super-powered razors based on Iron Man, Hulk, Captain America and Thor. Iron Man’s razor is the only one that you can arguably call practical, but all of them will probably kill you. I still wish they were real though. 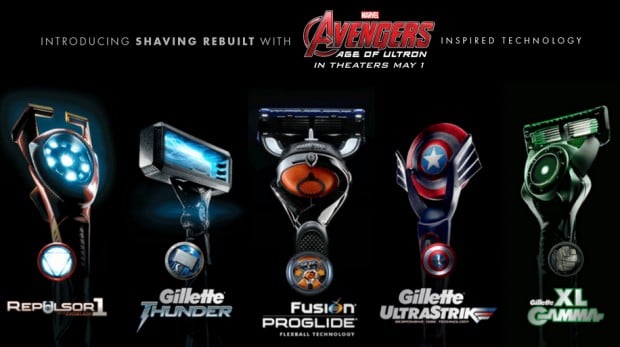 Gillette is promoting a new kind of razor called the Fusion ProGlide, while Marvel is of course hyping up Avengers: Age of Ultron. 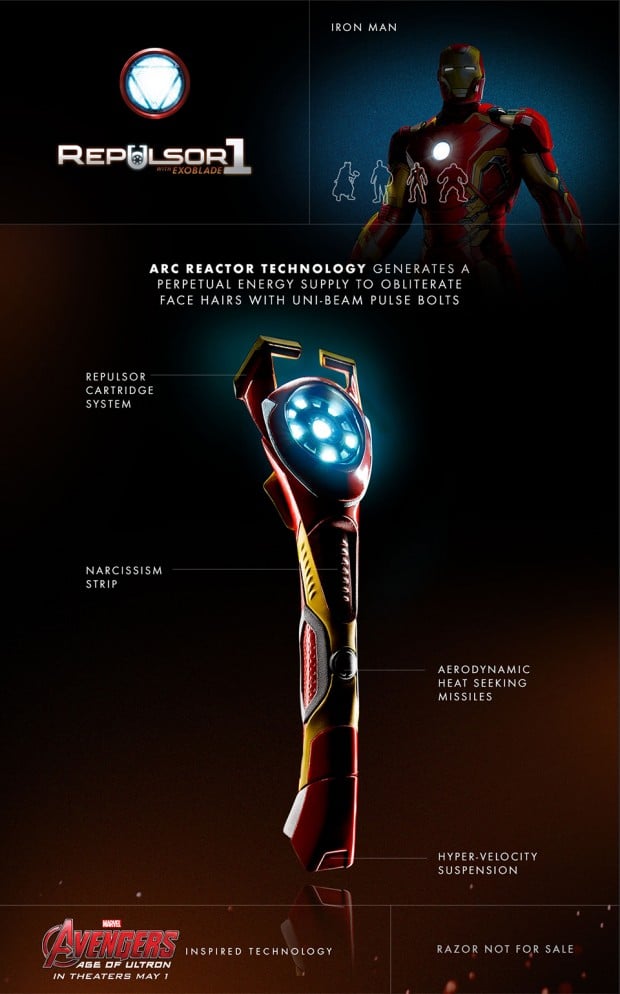 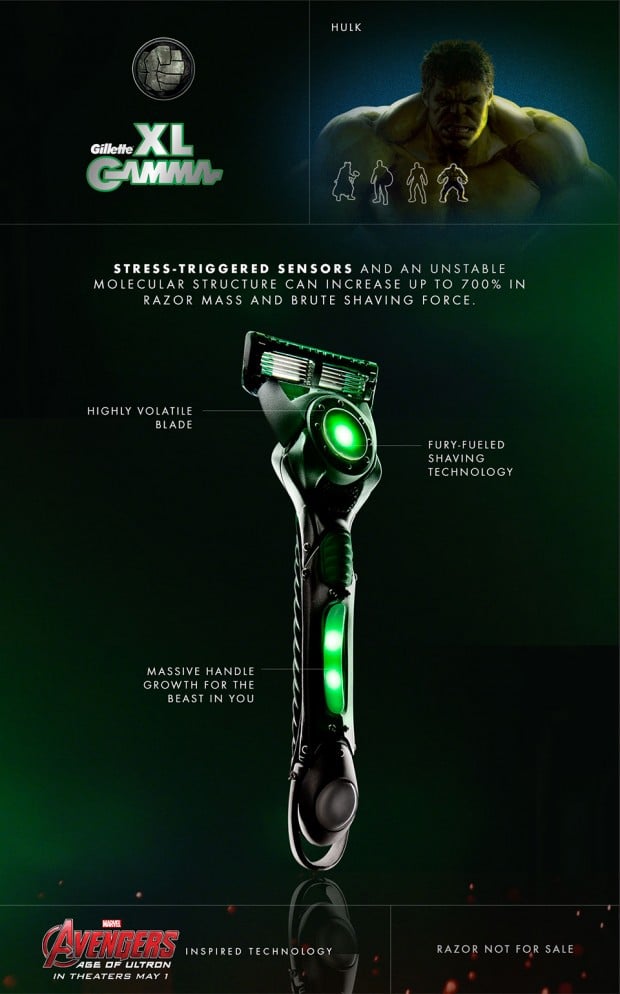 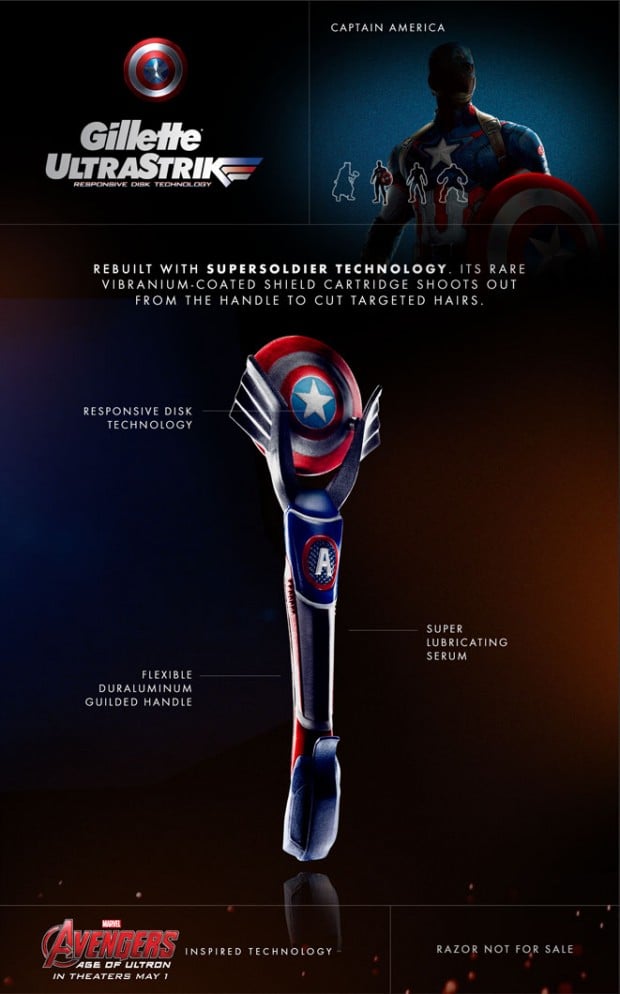 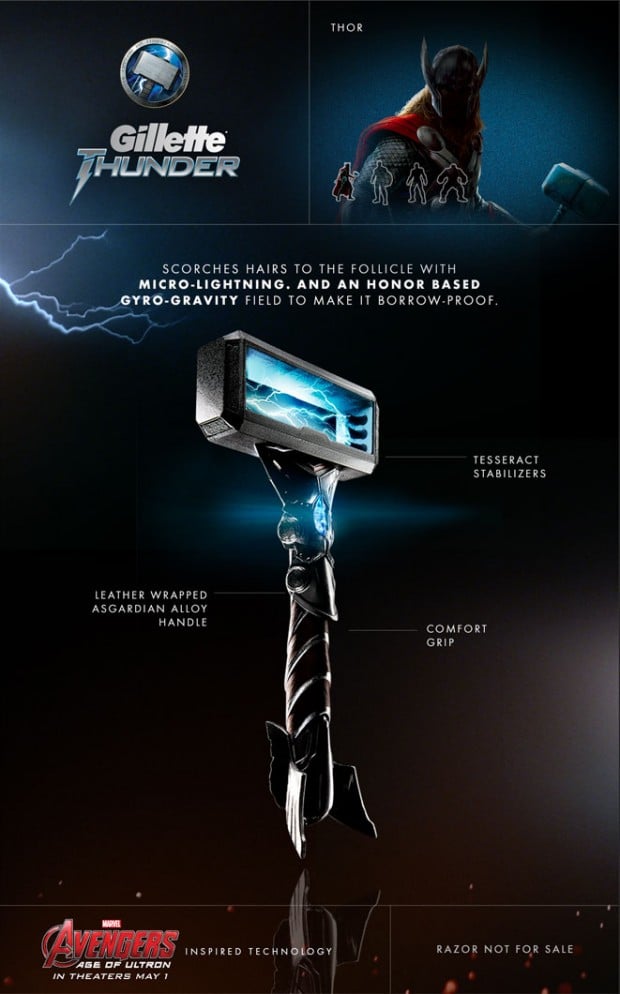 They should at least consider making replicas. I bet those would sell.