Kid Solves Rubik’s Cube While on His Head, Spinning

This kid is crazy. Crazy awesome. Check out this video of 15-year old Justin Stomp solving a Rubik’s Cube while spinning on his head. I know, crazy. I can’t do either of those things and this kid is doing both at the same time. If solving the Rubik’s cube was an Olympic sport, I think it would looks something like this. 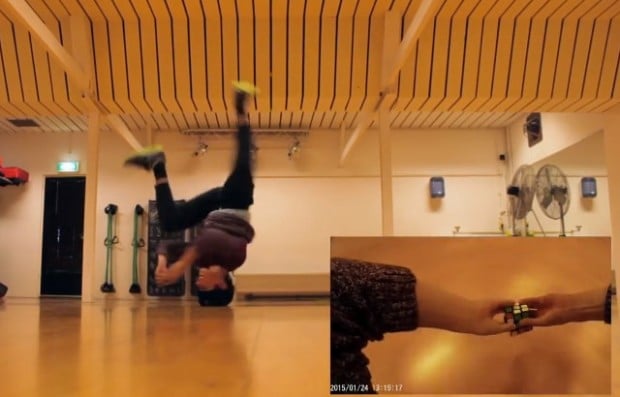 I can’t even solve a Rubik’s Cube sitting still in a chair. The joke’s on him though. I bet the top of his head is pretty flat by now, whereas mine is nice and round. He’s probably rubbed himself bald too. I hope it was worth it kid. I have plenty of hair.

No, seriously this kid is pretty awesome. I’m just jealous.