Game of Thrones Iron Throne Toilet: You Poop or You Die

Someone call King Triumph, because Super Fan Builds made an Iron Throne… for you to poop on. The show made the pointy toilet for A Song of Ice and Fire fan John Giovanazzi and the customers of his bar Complex in Los Angeles, where John sometimes holds Game of Thrones-themed events. 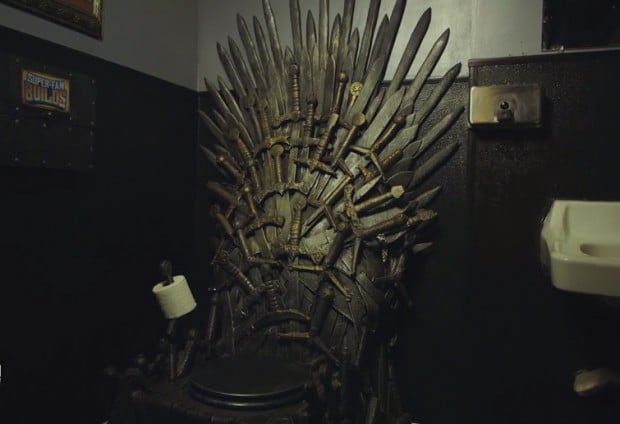 The swords on the throne are mostly made out of plywood and neoprene, while the hilts were cast out of urethane. Super Fan Builds also mounted a framed map of Westeros on Complex’s restroom.