…and neither is that free machine that Handsome Jack promised to give to the citizens of Opportunity. That said, what 2K Games is offering in its Borderlands Handsome Jack Loot Contest is still pretty sweet and it could all be yours for free. Speaking of which, the goodies include a sofa set, a life-size loot chest and a Claptrap mini-fridge. All you need to do is make a video showing why you deserve to win. 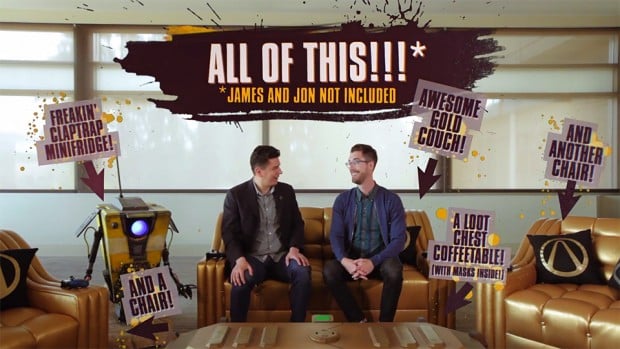 The couch and two chairs are all decked in gold and have silhouettes of some of the game’s guns. You’ll also get four couch cushions printed with the Vault logo. The loot chest opens up to reveal a sizable storage area as well as golden Handsome Jack and Psycho masks. The life-size Claptrap figure opens up top to reveal its fridge compartment. Finally, you’ll get an Xbox One and four controllers. All in all, the giveaway is worth about $23,000 (USD). 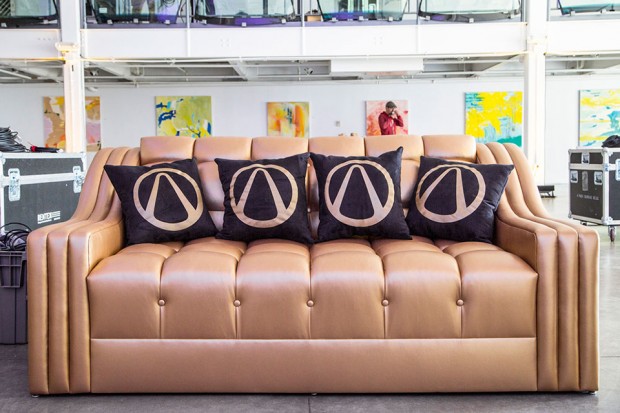 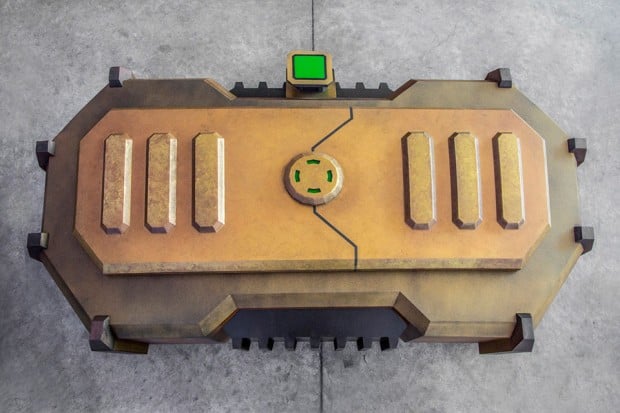 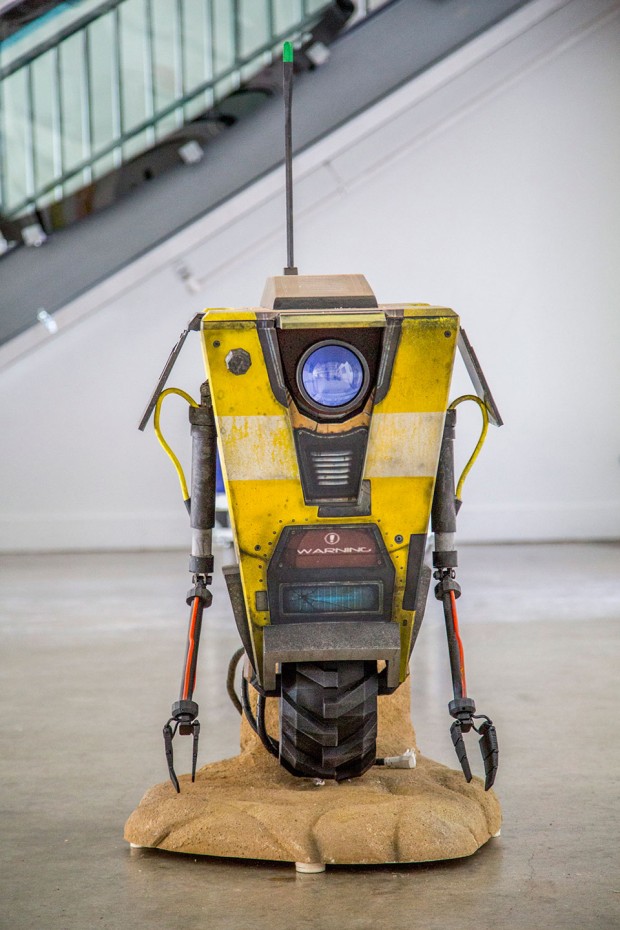 I love how the 2K guy says “Hey kiddos” even though his games are rated M. But why are you still reading this? Get that camera and go pimp yourself for some gaudy man child gear! You have until 5/4/2015 to submit. Head to Borderlands‘ website for the rules and instructions.