These are the Star Wars emojis you are looking for. You probably know that the 2015 Star Wars Celebration is happening right now in Anaheim, CA. In honor of the festivities, I am pleased to tell you that Twitter has teamed up with Star Wars: The Force Awakens to create emoji exclusive to Twitter. 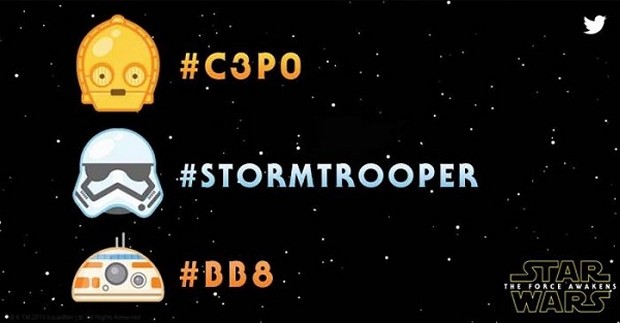 May the emojis be with you. Always. They have plans to release multiple emojis, but the first three were just unveiled. For starters, we have #C3PO, #STORMTROOPER, and #BB8. Basically Tweeters who post hashtags with “keywords associated with specific Star Wars characters and legacy themes will see a small emoji-like icon automatically appended to the end of the text of the tag, embedded within the Tweet.”

Try not to overuse them so your friends get sick of seeing them. It’s all fun and games until #BB8 takes over your feed.