Cancer Victim Gets Custom Mask with the Help of 3D Printing

The Daily Mirror recently published an uplifting report about how 3D printing technology helped a recovering cancer patient. Keith Londsdale had major parts of his face removed to prevent his skin cancer from spreading further. He’s now more comfortable and more inclined to socialize thanks to a custom made mask that’s partly based on his son’s face. 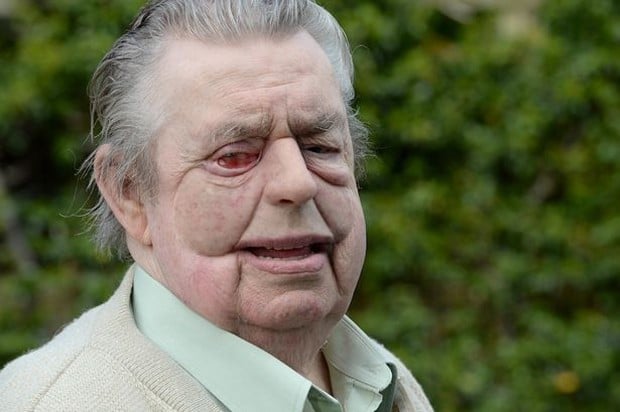 After parts of his nose, mouth and cheeks were removed in the early 2000s, Keith went through three masks to cover the gaping hole in his head. They didn’t fit well – the first two had to be glued on while the third one had Velcro straps, but they would all eventually come loose. Worse, those prosthetics didn’t look like Keith’s missing parts.

Fortunately, the scientist who gave Keith’s masks hit upon a simple but cutting edge idea: they 3D scanned the face of Keith’s son Scott. Obviously the two don’t look exactly alike, but it was perhaps their best chance to make a mask that both fit and looked good. From there, “[i]mages of [Scott] and his dad were created and scientists used a computer to fill in the­ ­missing pieces of Keith’s face.”

The scientist 3D printed the resulting composite model, then made a wax copy of it. The mold made from the wax copy was the one used to make the silicone mask that Keith is wearing in the image above. Head to the Daily Mirror for the full story, including a video interview with Keith Londsdale.