Between the Arduino, Raspberry Pi and other development boards, it seems like makers already have more than enough small computers to choose from. But Onion Corporation believes its upcoming Omega will be welcomed with open arms because it will be familiar to both experienced programmers and people who have no knowledge of programming. 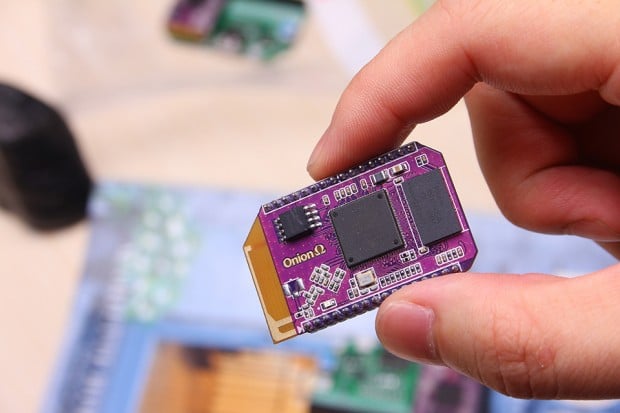 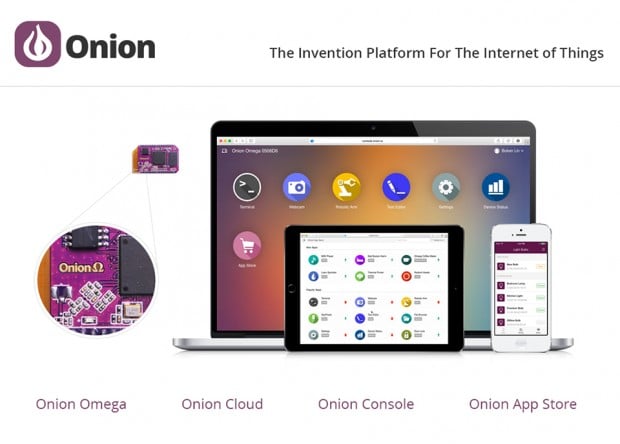 The first thing you notice about the Omega is that it’s tiny. It’s not as tiny as the SD-card sized Intel Edison prototype, but it’s 1/4 the size of a Raspberry Pi. A smaller computer means more hardware form factors.

But the Omega’s defining feature will be its versatility. First off, the Omega runs the desktop version of Linux and works with many popular programming languages, including Python, Ruby and Javascript. 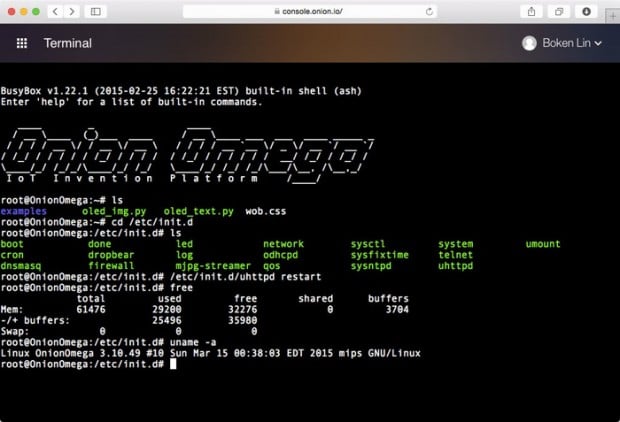 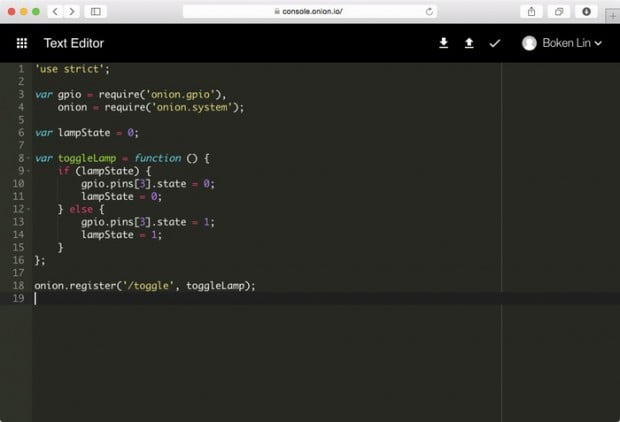 Second, the Onion Omega will allow developers to share their apps through an app store. Sure, you can download apps for the Raspberry Pi and the like online, but first you’ll have to find those links and at times figure out how to set them up. The Onion app store will let newbies browse apps in one place and install them with one click. 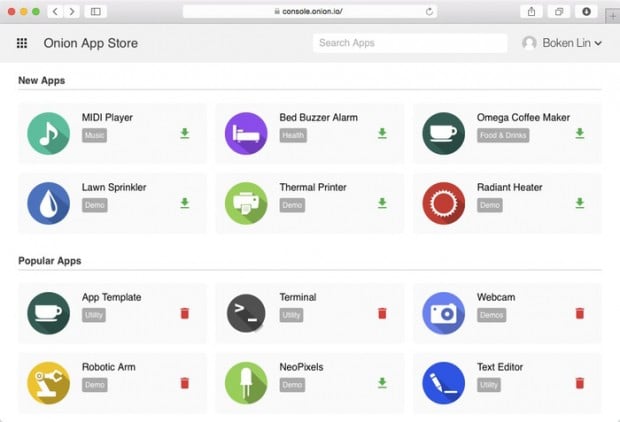 Developers will also be able to share and update their firmware via over-the-air programming (OTA), further making it easier for newbies to keep their projects up to date. Another convenient feature is the Onion console, a web app with a user-friendly interface that will let you manage the Omega over the Internet. 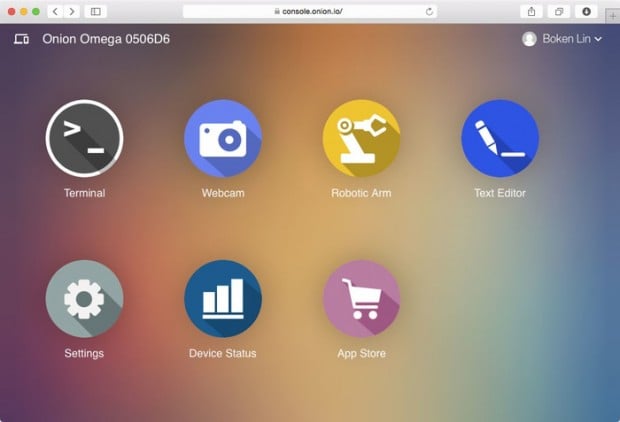 Developers will also appreciate Onion’s cloud service and RESTful APIs, which will make it easier to hook into web services and access the Omega online. The cloud service will be free for non-commercial use. 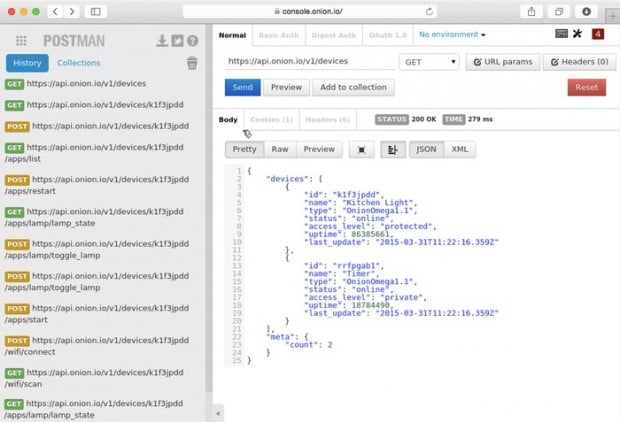 Because of the Omega’s small size, it doesn’t have as many inputs as its competitors. Onion will remedy that with docks and stackable expansion modules. The one pictured below will be included with the Omega. Head to Onion’s website to see more of the upcoming add-ons. 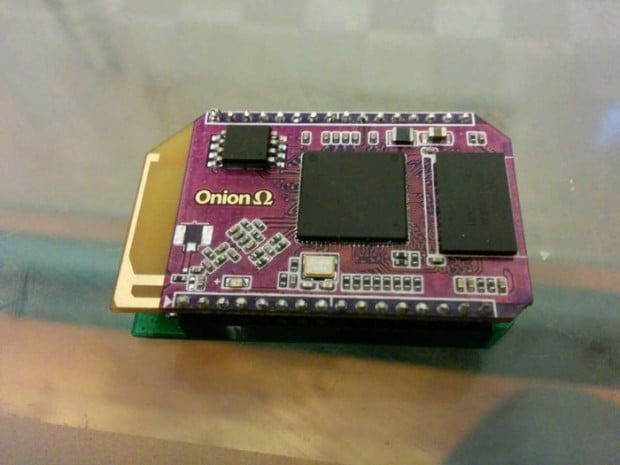 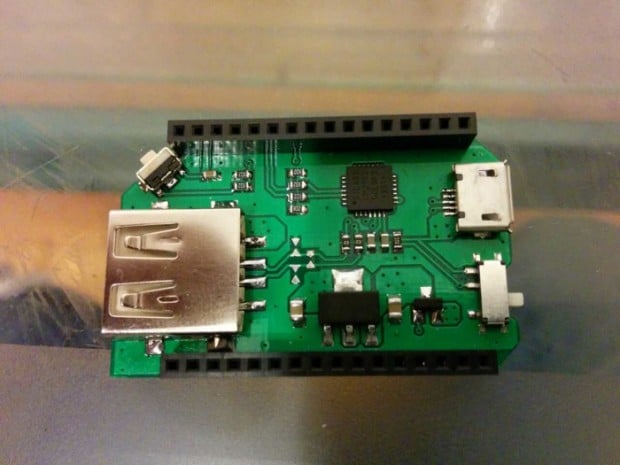 Overall, the Onion Omega is a versatile computer that should shine in Internet-connected projects. Pledge at least $25 (USD) on Kickstarter to receive an Onion Omega and dock as a reward.