I find it incredibly annoying that the light bulbs I pick up from Walmart seem to last all of a week, especially in my bathroom. Every other time I turn on the light, one of the bulbs needs replaced. I wanted to replace them all with LED bulbs just so I wouldn’t have to climb up and change them out every month.

The problem was that I didn’t want to spend $15 to $20 or more on a single bulb. Philips has fixed that with an inexpensive new LED light bulb that makes it so cheap to go LED it would nearly be a crime not to. The Philips LED A19 line is getting a 60W equivalent bulb that drinks only 8.5w of power and lasts a very long time. While its estimated 10,000 hour life isn’t as good as some LED bulbs, it is still a serious bargain. 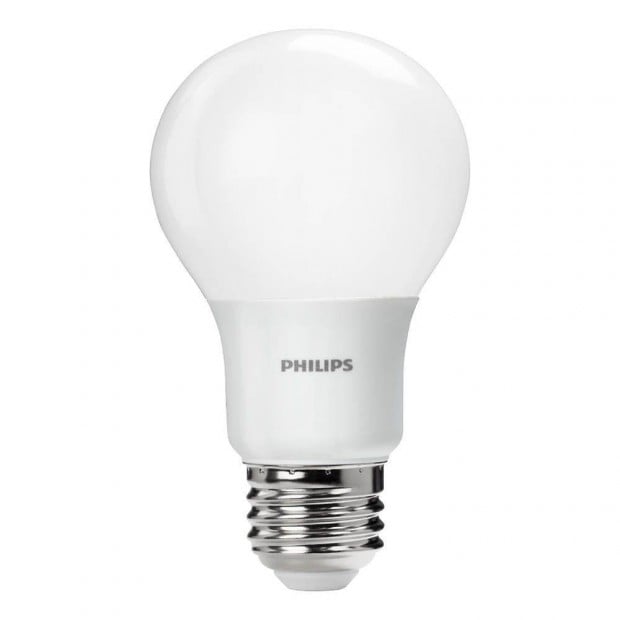 The bulb is selling for just $4.97, and get this, for the first 90 days, it will come in a two-for-one pack. That means you will get two of those LED bulbs for just $4.97. Sounds like it’s time to stock up. Here’s a link to the Home Depot product page if you want to order a bunch. 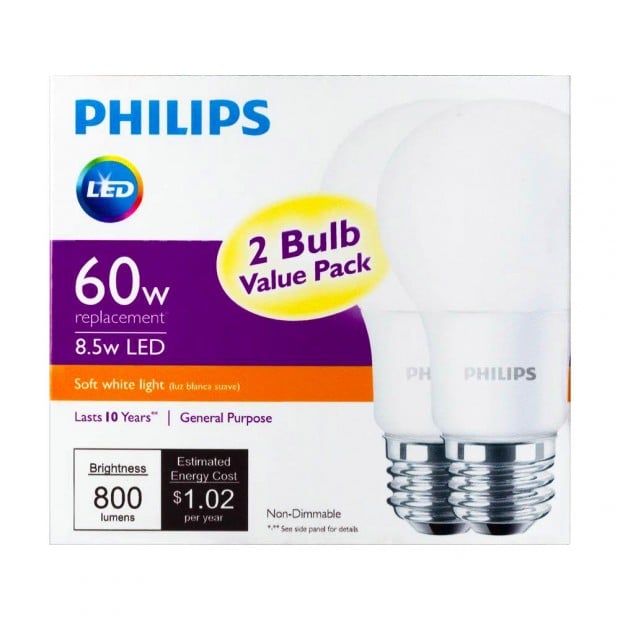