When it comes to accuracy in telling time, the atomic clock is at the top of the heap. In fact, an atomic clock is used right now to set the Coordinated Universal Time (UTC), which is the official world time. That current clock is incredibly accurate and measures the vibration frequency of Caesium 133 and is accurate to within a second over 100 million years. 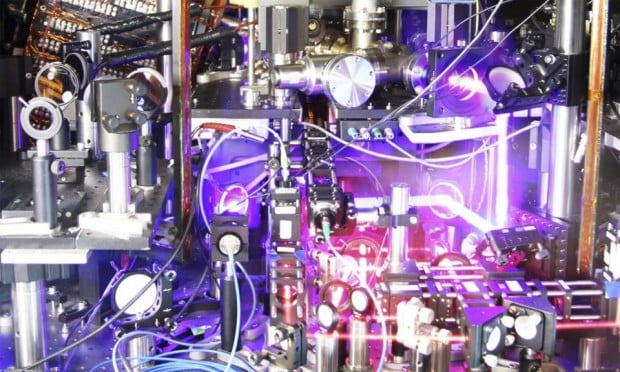 A team of scientists from National Institute of Standards and Technology and the University of Colorado in Boulder have created a new type of atomic clock that makes the clock currently considered the gold standard for timekeeping look highly inaccurate. The new clock is an optical lattice clock that uses strontium atoms to tell time and is accurate enough to not gain or lose a second in 15 billion years.

Not bad, given the fact that astrophysicists estimate that the universe is only about 13.8 billion years old. The new clock is now the world’s most accurate. The researchers hope that it will one day become the gold standard for measuring time.